What a delight to again spend time with the indomitable Septuagenarians Elizabeth, Joyce, Ibrahim and Ron who reside in Coopers Chase Retirement village, and just love to spend their days solving crime. They make the perfect team: Elizabeth is an ex-spook, Joyce a retired nurse, Ibrahim a psychiatrist and Ron has a background in the union movement. They may be struggling with sore knees and creaking hips, but there is absolutely nothing wrong with their ‘little grey cells’.

Elizabeth receives a letter from a former colleague, asking for her help. He’s in a spot of bother; bother which involves the mafia and stolen diamonds worth 20 millions dollars. This story may involve people ‘of an age’, but there is nothing slow about the pace and in the blink of an eye, dead bodies start piling up!

I love the camaraderie, affection and respect our gang of four share. This warmth extends to their friend and accomplice, Bogdan, a Polish man who can always be relied on when a bit of muscle is required and the local police offices, Chris and Donna, who they invariably assist. Many a chapter finishes with one of the characters reflecting on how lucky they are to have such friends.

The conversations are often quite hilarious and made me laugh out loud. But there is, as in the first book, an underlying sense of pathos and sadness, as all these people have experienced loss. As Joyce records in her diary, “When I woke up, and realised Gerry [her deceased husband] had gone, my heart broke once again, and I sobbed and sobbed. I imagine if you could hear all the morning tears in this place it would sound like birdsong.” Death is never far from their thoughts, but as Bogdan thinks, ‘people love to sleep, and yet they are so frightened of death. He has never understood it.’

But don’t be deterred by these musings – as this book is full of life and love and laughter. After Ibrahim is injured badly in a mugging, Ron considers how he wants to deal with the perpetrator when he’s caught: ‘perhaps he’ll get his chance to smack Ryan Baird right in that gaping mouth before this is all over. Ron hopes so. He has a lot of respect for Gandhi and his ilk, but sometimes you have to cross the line.’ In fact, there is a lot of line-crossing before the end of this book.

I read this book in two sittings and now feel deflated that I’ve finished it – it’s that sort of book. So, do yourself a favour, and, if you haven’t read it already, read The Thursday Murder Club first, then The Man Who Died Twice – I guarantee you won’t regret it. 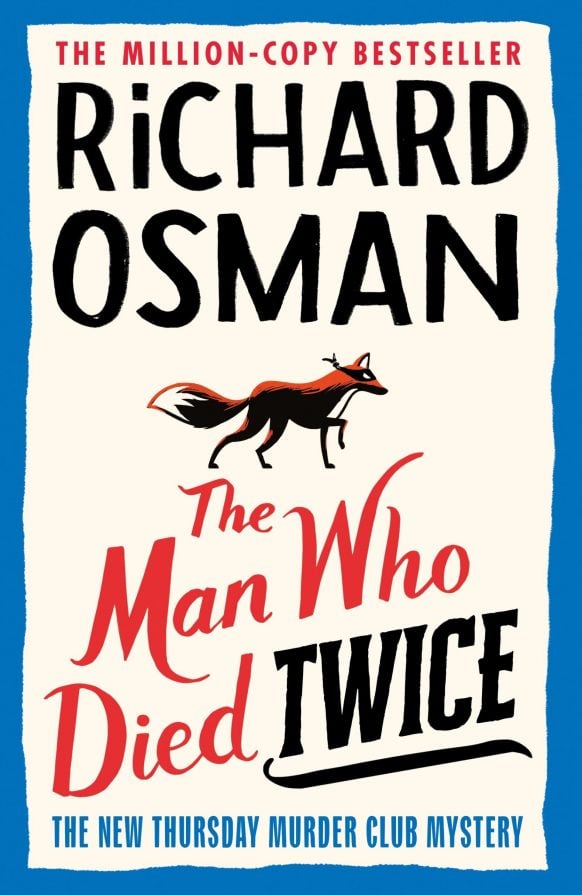