The Iron King by Maurice Druon

This book, The Iron King, is the first in a seven part series – The Accursed Kings – by Maurice Druon, set in 14th Century France. George R. R. Martin credits it as supplying the narrative arc for Game of Thrones. As Martin says, the story  has it all – battles and betrayals, lies and lust, deception, family rivalries, the curse of the Templars, sin and the doom of a dynasty. It follows the fortunes and misfortunes of the House of Capet down through several rulers, beginning with Phillip the Third.

The books were written in French and have been filmed twice as a series. The translation is sharp. The characterisation is vividly drawn and the writer manages to get you to the heart of the drama as it is played out. The pace is relentless – no wasted details in scene setting – certainly no romanticising of the period. Often, historical fiction can seem unconvincing and contrived as the writer tries to convince the reader of the setting – the tropes feel worn. On the other hand, these novels feel so contemporary.  The second title in the series is The Strangled Queen – so you know before you start that it will not end well for Marguerite of Burgundy. The Times Literary Supplement referred to it as ‘barbaric, sensual, teeming with life… among the best historical novels.’ 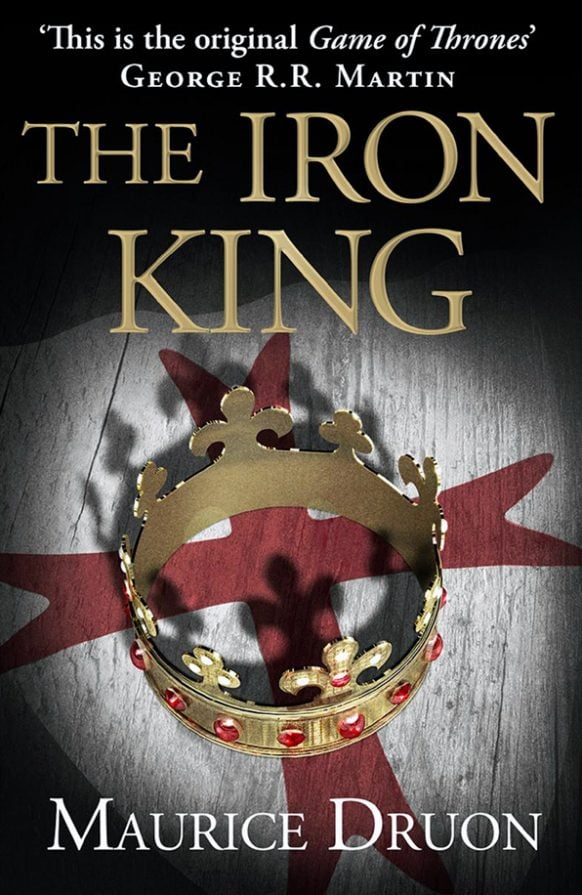