Of the fifteen novels in the excellent medieval crime fiction Crowner John Series, the SMSA holds numbers two, four and seven. The SMSA Library also has two short story compilations in which Crowner John features (The Tainted Relic and The Lost Prophecies).  The reader is encouraged to start with The Poisoned Chalice (number two) and enter the world of Sir John de Wolfe of Exeter, in the time of King Richard the Lionheart.

Crowner John (the title evolved in modern times to “Coroner”) has returned from the Crusades and was part of King Richard’s security detail.  Sir John is one of the three very first Crowners appointed by His Majesty to investigate murders and crimes throughout the realm, supplementing and usually doing more work than the locally appointed Sheriffs.

Sir John is aided by his long serving arms man Gwyn, and cleric Thomas (the only one of them skilled in reading and writing).  They have an enormous area of southern England to administer, and spend days on horseback to cover it all.  Part of the attraction of this series is that the towns, villages and most of the main characters did exist in real life.  The author is particularly skilled at bringing to life the daily grind of medieval life (heat, mud, bone chilling cold, draughty castles). The hardship faced by the local population in eking out a daily living from the fields and even the cold, dismal arranged marriage of Sir John to his Matilda.

Fans of Ellis Peters will enjoy this series, and might seek out the rest of the books from other libraries.  Sadly, the author stopped writing about Crowner John in 2012. Mr Knight declared that, in a day and age where people watched CSI on television and expected murders to be solved in one hour, they would not be satisfied with slower moving medieval crime solving procedures. 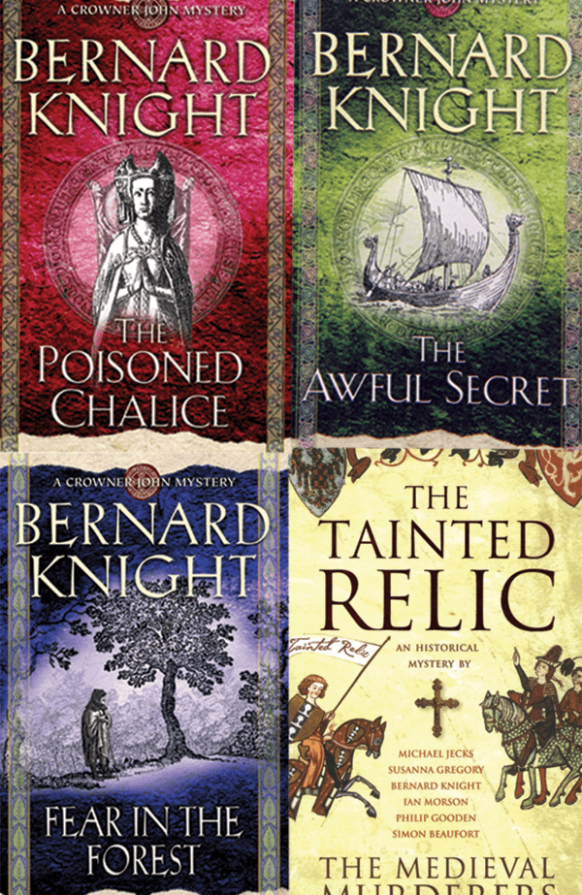