Relic, published in 1996, by Douglas Preston and Lincoln Child is the first novel in a long series (book 17 has just been released) featuring the enigmatic Special Agent Aloysius XL Pendergast of the FBI. He’s an agent without jurisdiction, taking on the truly creepy murder cases which baffle local police forces. His own backstory is further developed in subsequent books, most of which can be found in the SMSA library collection. He is exceptionally sharp minded, almost always works alone, is independently wealthy and accepts a peppercorn FBI annual salary of $1.00.

Relic is set in New York City’s Museum of Natural History, where a couple of gruesome murders have occurred at night in the anthropology department. Autopsies showed that the killer is not human and may be linked to a cargo of crates received by the Museum from an Amazon adventurer. The method of kills is similar to other murders which the FBI had been pursuing, so Pendergast is assigned to the case to aid the NYPD.

For this reviewer, the Preston & Child novels are always satisfying, providing fast paced thrillers with plots based upon an anomaly of science (physics, chemistry, anthropology etc) not science fiction. Relic was made into a film in 1997, without the Pendergast character.

Recommended for readers who also enjoy novels by Clive Cussler and James Rollins.

Search Relic by Preston & Child in the SMSA Library Catalogue 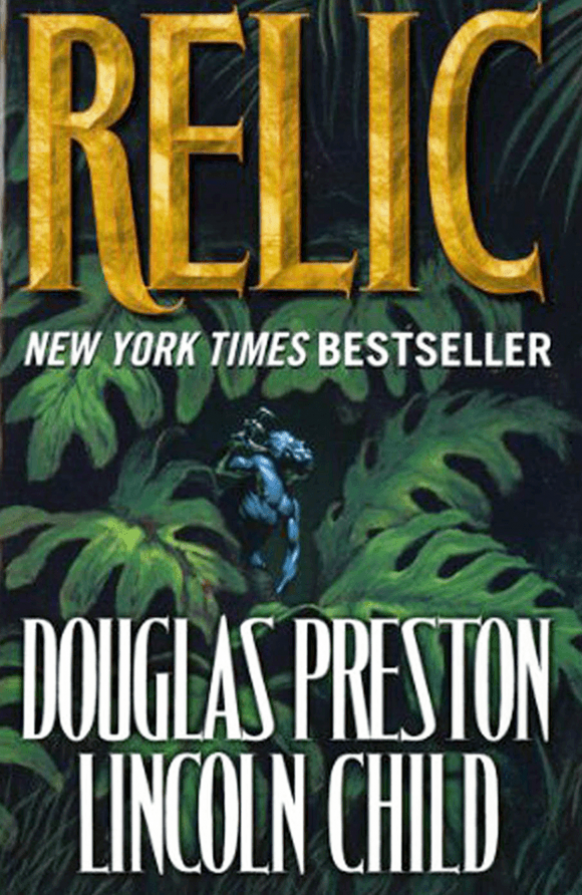