Red Sister is the first novel by Mark Lawrence which I have picked up and read.  It is the first book of The Ancestor Trilogy, a new series from Lawrence, who has previously authored of two unrelated trilogies. It means a long wait until the author provides the next installment!

Set in an unfamiliar world, the genre is fantasy and is very similar to the works by J.R.R Tolkien, Robin Hobb and Raymond E Feist. The main character is an 8 year old girl called Nona, sold to a child taker by her impoverished mother and the entire village after one too many unexplained near murders. Nona herself is afraid of her hidden powers and secrets, and fears losing more friends if they discover the murderer which lies within her. Sent to the gallows at age 8 for yet another near murder, Nona is saved by the head of the Convent of Sweet Mercy and taken in as a novice. The convent’s mission is to train girls with special gifts (greater or lesser magic, strength or speed), turning them into killers.

Nona’s world gradually reveals itself, its people seeded by great space ships which landed eons ago, leaving their ship hearts to power the population. Nona gradually learns to trust and make friends among the small number of fellow novices, but always aware of the powerful enemies she has already made. Red Sister is an absorbing tale of the growth of Nona over two years, her gradual discovery of the multiple powers within her and her fight for survival when surrounded by enemies and traitors.

Recommended for lovers of fantasy. 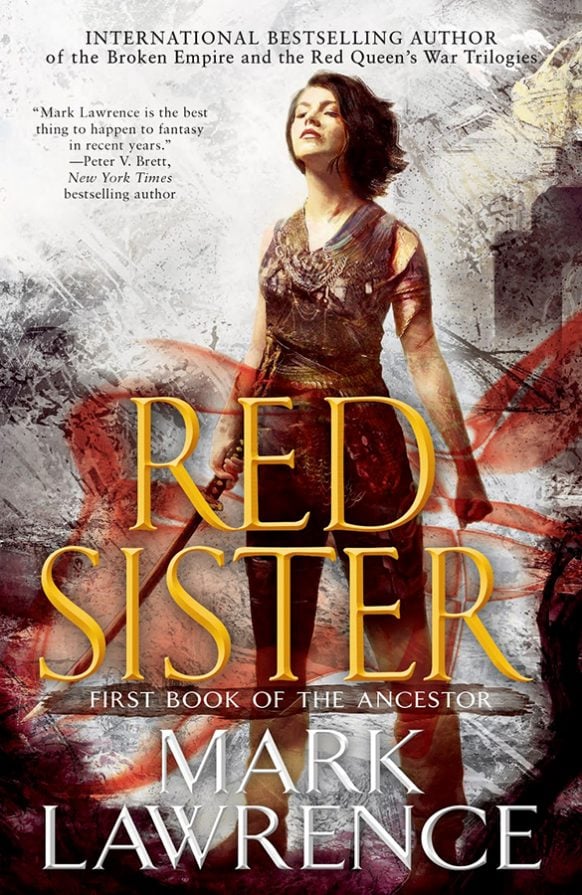