Never Let Me Go by Kazuo Ishiguro (the author of the Remains of the Day) follows the lives of a group of children who were raised in an English boarding school, Hailsham.

As the narrator, Kathy, delves into her childhood memories, it becomes apparent that the school is not an ordinary one and that the children are not ordinary either. Their entire existence is confined within the school gates; they have no parents, no contact with the outside world, no regular childhood, no knowledge except what they are taught. Their guardians give them little affection (in fact, some seem repulsed by them), educate them rather narrowly and hint, surreptitiously, that there is more, much more, that the children need to know about their future lives.

The students are told to keep themselves healthy, which seems to be of primary importance, and encouraged to compete creatively, making artworks which they are allowed buy and sell off each other with mock currency on market days and which form their only personal possessions. The very best of these artworks are reserved for the mysterious Madame, who appears at the school only once a year, to display in the “Gallery”. But always, something ominous hangs over the children’s heads, half perceived.

Kathy conforms to become part of the popular group of girls led by Ruth, but is nevertheless drawn to outsider Tommy, who acts out and is regarded as odd because he can’t create any of the artworks the children value so much. But it is Ruth and Tommy who eventually become an item.

Intersplicing the present with memories, the novel follows Kathy, Tommy and Ruth into adulthood, and the strange fate that is destined for them, human but living apart from other humans, caring for each other and watching each other die, placidly as sheep. The children have been lulled into passivity, with their rebellion extending only to questioning what and why, but never to change things; their conditioning at school was too thorough.

For such a grim topic with vast ethical implications, this is a very dreamy novel, exploring the nature of memory, emotion and identity. There is a mystery to solve, but does solving the mystery change anything? 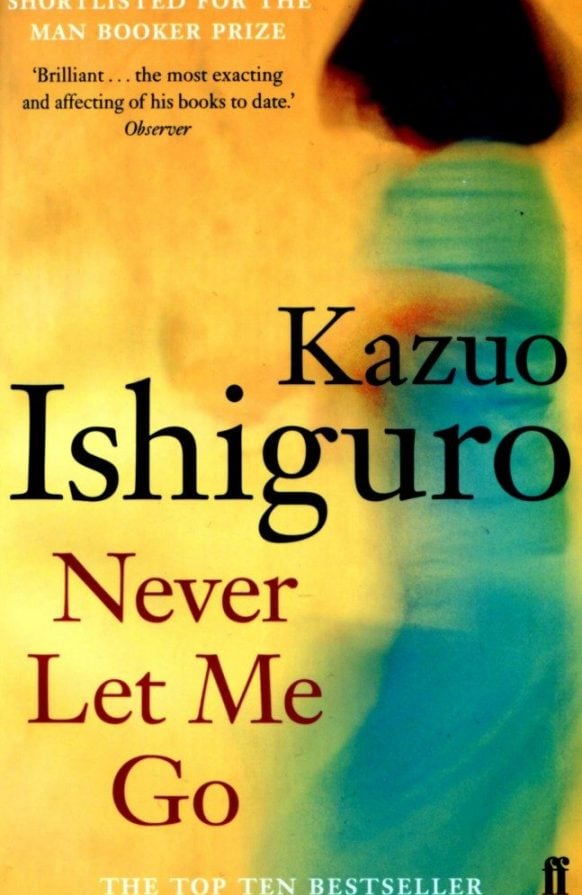