Cast in Shadows by Michelle Sagara

Cast in Shadows begins the Cast In series by Michelle Sagara (who also writes under the name of Michelle Sagara West or Michelle West). Often mistaken at book fairs as romantic fiction (due perhaps to their cover designs), they are actually well written fantasy.

Author Michelle Sagara has created an entirely new world, where humans, dragons, elves (known as Barrani), lions and magic co-exist almost peacefully.  The main character is Private Kaylin Neya, a young officer in the law enforcement services.  She is certain of her calling to protect and serve, less certain of her personal origin, being an orphan and foundling child of the streets.  Aside from her beat patrol she finds time for midwifery services, as she is gifted (or fated) with magical glyphs which appear on her arms and grant her the power of strong healing.  She is also uneducated (but tries to learn), a street fighter, immensely loyal to her friends and colleagues and the subject of much scrutiny by the city’s mages, who are slightly afraid of her tattooed glyphs.

The Cast In series feature interesting new worlds, deep backgrounds on main characters and main plots interwoven with the sub-plot of the meaning of Kaylin’s glyphs. Michelle Sagara’s novels are well written, magical stuff, which draw the reader on.

The library holds the first five novels in the series: Cast In Shadow, Cast in Secret, Cast in Courtlight, Cast in Fury and Cast in Silence. 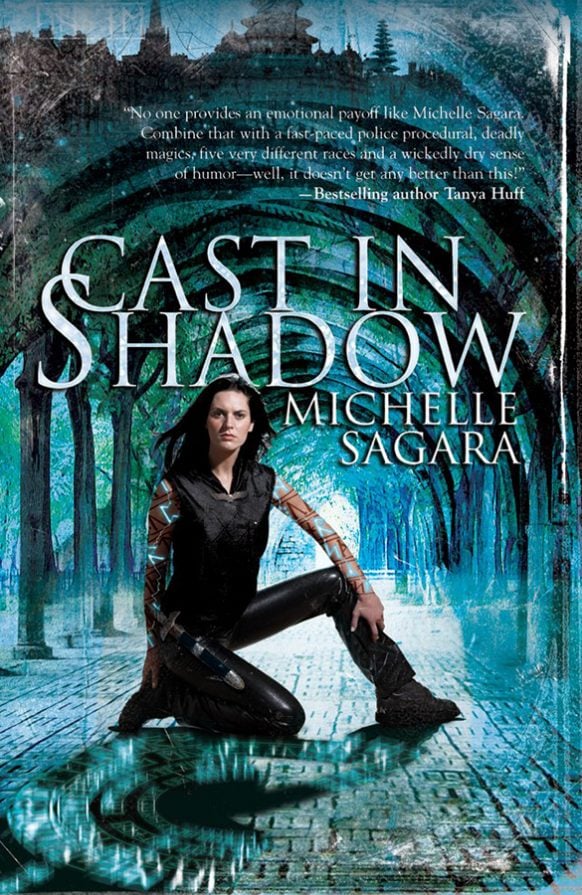