The Sector General Series, created by James White (1928 to 1999), is credited as introducing the genre of medical science fiction. Beginning Operations contains the first three works of twelve and the reader is encouraged to start with this omnibus as an induction to this fascinating world.  Published between 1962 and 1999, the twelve novels are set aboard a gigantic medical space station. This intergalactic hospital exists in a pacifist era where inter-species hostilities do not exist. The station and its many medical staff (of differing species, including human) are dedicated to diagnosing and treating any patient who arrives.

This series demonstrates the challenges of world-building (faced by every single sci-fi and fantasy author).  Mr White created a space station and universe where each patient is almost unique.  The station has multiple access docks to accommodate differing space ships. Each patient is pre-categorised according to their home world (atmosphere breathed, high or low gravity, radiation, diet, hive mentality or independent being) and assigned a team of specialists.  Each story is procedural: diagnose the illness, find and administer the cure, discharge the happy patient, continuously add information to general medical knowledge.

The stories never lose their subtle touches of humour.  There are ongoing jokes between the senior medical staff. There are moments when the highly disciplined Dr. Prilicla, an insect-like being, can’t get through a crowded corridor to an emergency so it takes to the ceiling and scuttles along it, upside down.  There are other scenes where trainees learn to give way in a corridor to Dr Thornnastor, the chief diagnostician. Why?  Because Thorny is built like a six-legged elephant and there simply isn’t room.

The SMSA Library carry seven of the twelve novels, and they are well worth a read to lovers of this niche genre.

Beginning Operations by James White in the SMSA Library Catalogue. 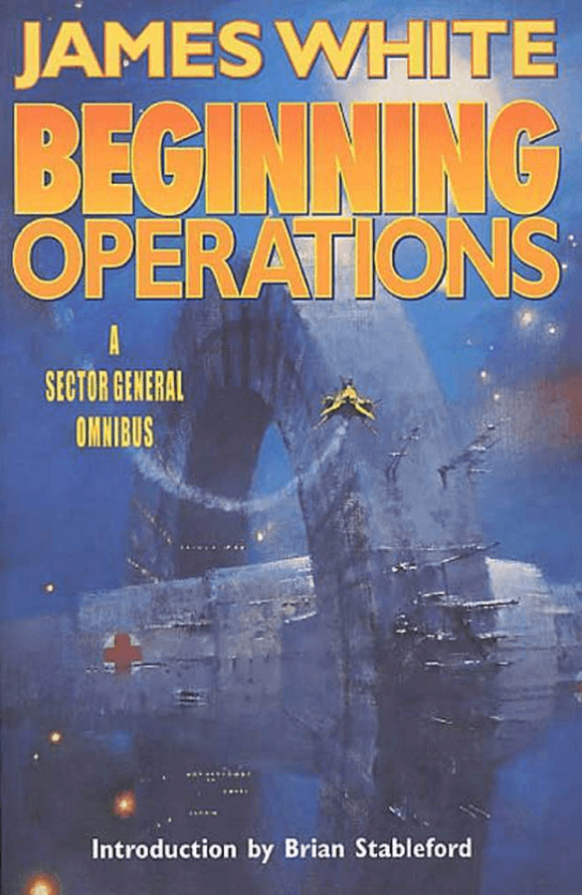