Bad Seed by Alan Carter is the third novel featuring Philip ‘Cato’ Kwong, WA cop of Chinese descent. From the first book (2011 Ned Kelly winner Prime Cut), and Getting Warmer (2013), this has been a cracker police procedural series that has seen Cato move from the Stock Squad in remote WA (equivalent to exile to Siberia) to Perth and, in Bad Seed, right into the middle of the shocking Tan family murder scene (reminiscent of the 2009 Lin family tragedy) with the action also moving to Shanghai for a spell.

The investigation digs into the Tan family themselves, their boyfriends and girlfriends, and Francis Tan’s business associates. It’s a good balance of plot, action and characters. Apart from the Tan murders, there are other things happening in Cato’s world. His boss is in trouble with the Royal Commission and has health problems, Cato’s extended family has its issues, and other characters from the first two books do too.

As in any good series, characters develop and move on and out. Read the books in order if you can, though it’s not essential.

Alan Carter strikes a terrific balance between strong, credible and companionable characters, succinctly described police and forensic procedure, strong sense of place and ‘the times’ (e.g. WA mining and real estate boom, Chinese investors, the Royal Commission into child abuse, casual racism, the 2013 election campaign), and ‘noir’ elements – all held together by excellent dialogue and dry gallows humour and his clear and direct writing style. Carter captures that cracking, tight and realistic jargon so often used by people who work together under pressure in confrontational circumstances – so necessary in this genre.

Carter gives himself room to play with his characters’ attitudes and interactions, and they’re not necessarily predictable.  Like Guido, a well-known Perth gangster, who is appalled by Australia’s treatment of asylum seekers, does his paperwork and pays his taxes. This nation, he tells Cato, “needs to grow up and move beyond stereotypes”. Or Rory Driscoll, freelance (or is he?) spook and action man of Aboriginal descent who speaks numerous languages including Aboriginal and Mandarin. Not didactic though, Carter’s touch is light.

We see Cato fall, rise, fall, and possibly move forward through the three novels. Looking forward to No 4, and I reckon this would make for great TV. 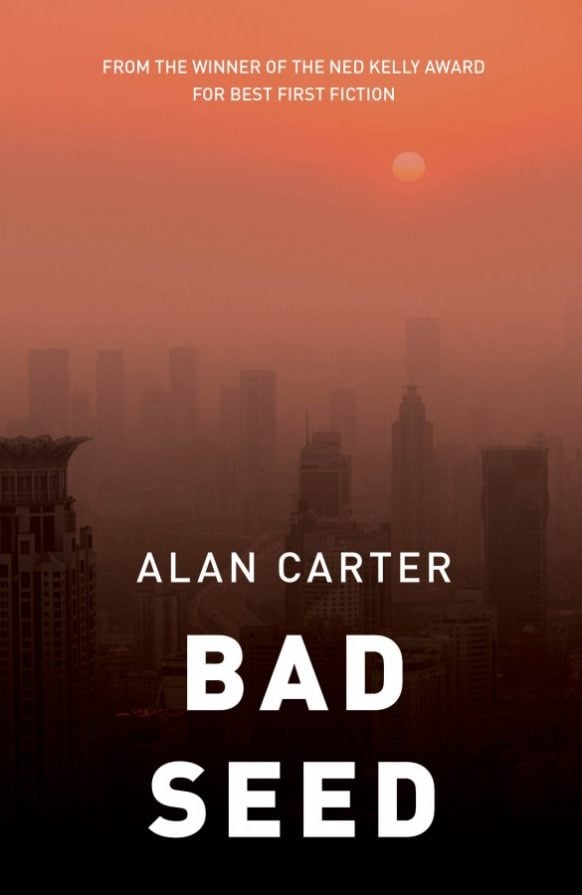