All the Light We Cannot See by Anthony Doerr

I have just read that the book All the Light We Cannot See by Anthony Doerr has won the Pulitzer Prize for Literature this year. I send my congratulations to the author. His book, whilst covering a well documented and often written about part of history (World War II) creates a different style of story. I found it riveting, although long, but a refreshing look at an horrific time in history.

The book is based on two stories – one of a young German orphan boy, Werner, from a small mining town in Germany, where he lives with his sister. He has developed excellent skills with fixing and operating radios, and goes on to attend a national school that trains an elite cadre for the Third Reich. This was seen by him as an opportunity to escape the mines that are his destiny, although his sister, Jutta, is less than pleased by this.

The other story is of Marie-Laure, a young French girl living in Paris with her father (the key keeper at the National d’Histoire Naturelle museum). In the vaults of the museum is held a rare gem, the Sea of Flame, which carries a curse for whoever owns it. Marie-Laure loses her sight at the age of 6, so her father creates miniature versions of the city for her to navigate, and buys her French classics to read in Braille (Twenty Thousand Leagues Under the Sea, Around the World in Eighty Days) and live her life through. When the Germans invade Paris, Marie-Laure and her father escape to Sant Malo where she is to stay until the war ends.

The stories of Werner and Marie-Laure are written concurrently in the book, swapping from the training of Werner at the school and his friendship with an endearing friend, Frederick (and his own heart wrenching story), and his skills put to work tracking radio transmissions across Russia and Central Europe, to the story of Marie-Laure, her survival with her Uncle Etienne and their involvement with the French Resistance.

Eventually we discover that Werner is also in Sant-Malo and the two stories intertwine, Werner trapped underground after being bombed by the Allies, and Marie-Laure, being afraid and alone with a German officer in her house, the Officer having spent the entire war salvaging jewels and gems for the Reich and tracking down the Sea of Flame.

I did enjoy this book, it was rather a page turner and I found myself wondering what was happening to Werner whilst I was reading about Marie-Laure! I loved the idea of looking at the war from both the German and the French perspective – similar to The Book Thief in portraying from a German viewpoint of the war.

The language of the book was a little verbose and a little long winded. It also hinges on being very American in some of the language used which doesn’t ring true with the era, or the European location eg. “Werner … you shouldn’t think big.” Words like sidewalks, apartment houses, the use of “sure” instead of “yes” – but that is just my point of view. He uses a lot of adjectives to describe, which in itself is not a bad thing, it is just when there are two or three adjectives used that it becomes a little tiresome.

However, don’t let that put you off, as the story will pull you in and take you on two tales of two different sides of the same war – both from young and innocent children – whose lives are shaped by the war and each other.

All the Light We Cannot See by Anthony Doerr 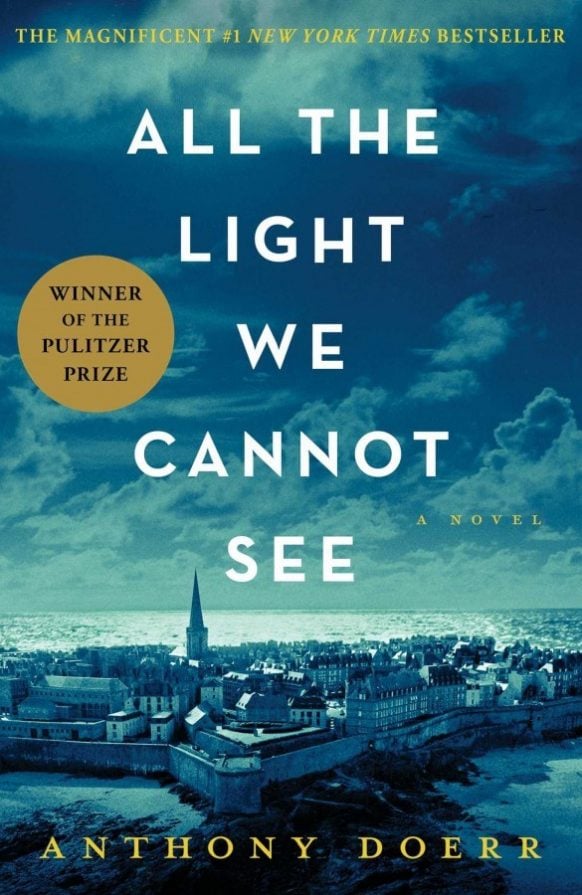