A Street Cat Named Bob is the first of three autobiographical books penned by James Bowen, published in 2010. It was followed by The World According to Bob in 2013 and the latest A Gift from Bob, published

His personal story, and that of Bob, is a heart-warming true tale of how a stray cat came to live with a recovering heroin addict.  James writes unashamedly about his past, living on the streets of London, or in shelters, without much hope for the future.  One day in 2007, in the foyer of his North London apartment block, he finds an injured ginger cat.  Despite having insufficient money to feed and look after himself, he takes the cat to the vet and nurses the newly-named Bob back to health.

By the time Bob has recovered from his injuries, the two are inseparable and Bob starts to accompany James each day busking on the London streets.  Londoners and tourists have a soft spot for animals and Bob and James become very popular.  Busking doesn’t bring in a steady income (now that James has two mouths to feed) so James starts selling The Big Issue.  Eventually a local publisher persuades James to write his autobiography, with the help of a ghost writer, at first.  To no one’s surprise (except James) the first book becomes a best seller.

I love this series: it’s a true story, it has a happy ending, and it really explains The Big Issue, its operations and the group of sellers who utterly rely upon sales for their livelihood.

Thoroughly recommended for people who like autobiographies, and animal lovers.

A Street Cat Named Bob by James Bowen in the SMSA library catalogue. 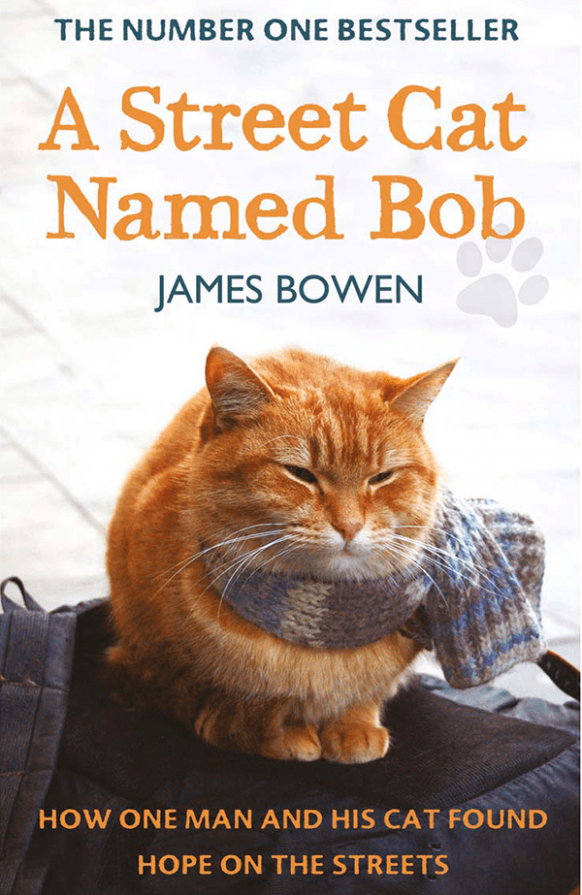