A Fragment of Fear by John Bingham

A Fragment of Fear by John Bingham is a puzzling read. Set in Italy and London in the early 1960’s, this work is tightly crafted. The suspense builds leading to a conclusion which is surprising and a bit disappointing, with early hints of spook and intrigue.

For those of you who have enjoyed and been frustrated by Franz Kafka – the roadblocks, the incomprehensible oppression of the overlords – you will find resonance here. There is also early 1960’s reference to revolution of the peasants, (i.e. working class individuals) as if John Bingham filters his philosophy and writing through some bizarre baseline of understanding that we are all doomed.

For example, the quote ” We live in a dangerous age, and this is not only because of the hydrogen bomb and high taxation.” And elsewhere in the novel, “…the peasant can normally go about his lawful avocations in safety. Yet now and again, as he struggles along the more difficult trails, he may catch a momentary glimpse of eyes in the undergrowth on either side, and hear the soft movements and the snapping of twigs.

So, throughout this suspenseful book it can be read on several levels, or just simply enjoyed as a thriller.

If you appreciate and savour well written sentences, this book has interesting characters and introduces a complex weave of personalities that are not easily forgotten. Despite the vexing Kafkaesque overtones, A Fragment of Fear by John Bingham is small, easy to read book, that is highly recommended.

Find A Fragment of Fear by John Bingham in the SMSA Library Catalogue. 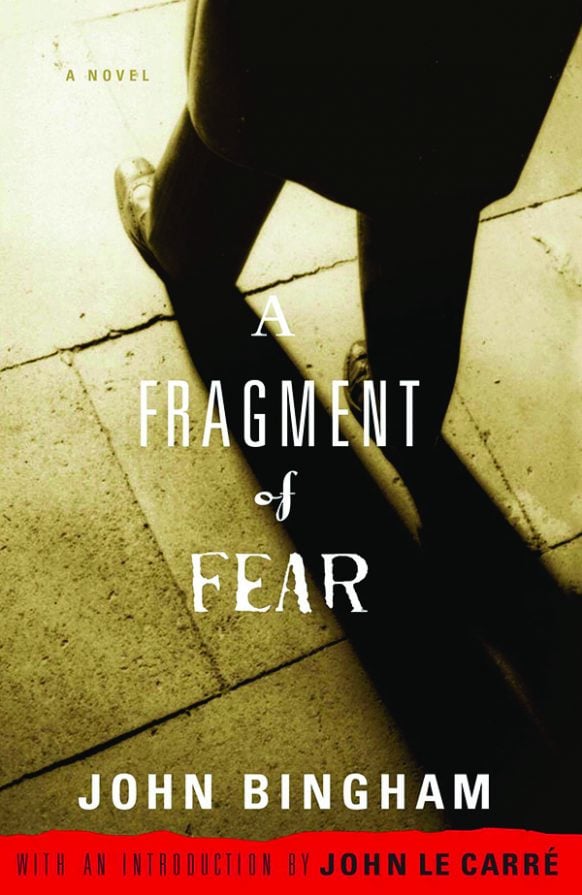