Tom Clancy (1947-2013) was a bestselling author of military thrillers.  In later years, he co-wrote with a couple of newer authors, one of whom is Mark Greaney. Tom Clancy’s True Faith and Allegiance is the fourth instalment written entirely by Greaney since Tom Clancy’s passing in 2013.

Earlier novels followed Jack Ryan, ex-Marine, ex-CIA analyst, current President of the United States.  More recent novels have followed his older son Jack Ryan Jnr, who is likewise a military analyst but works for a covert intelligence firm called The Campus.  The Campus is a small operation, that send their agents around the world to resolve issues when the CIA can’t be seen to be intervening.

The plot of True Faith and Allegiance centres around a European IT worker, who steals the US Government’s security application database.  The appalling part of this story is that it is entirely realistic.  The database contains the digitised copies of forms completed by US citizens requiring government security clearance.  With the use of Facebook and LinkedIn, the terrorist fully identifies a United States military person and sells the package of targeting information to ISIS.  The assassination of a number of key US Defence Force personnel follows, both within and outside the US borders.  The President and his defence staff must first come to grips with the fact that ISIS has cells within US borders, who boldly kill their targets in daylight and, second, find and stop the source of the leaked information before more personnel are killed.  Jack Jnr again gets moving from behind his analyst desk and out in the field, unafraid of killing an identified foe if it will save other lives.

Greaney’s own storytelling ability continues to shine through in this novel. Not as densely packed with military information as classic Tom Clancy works, this instalment is surprising as it is more readable, goes at a slower pace yet is just as un-put-down-able.  The ending is, as usual, very satisfying. 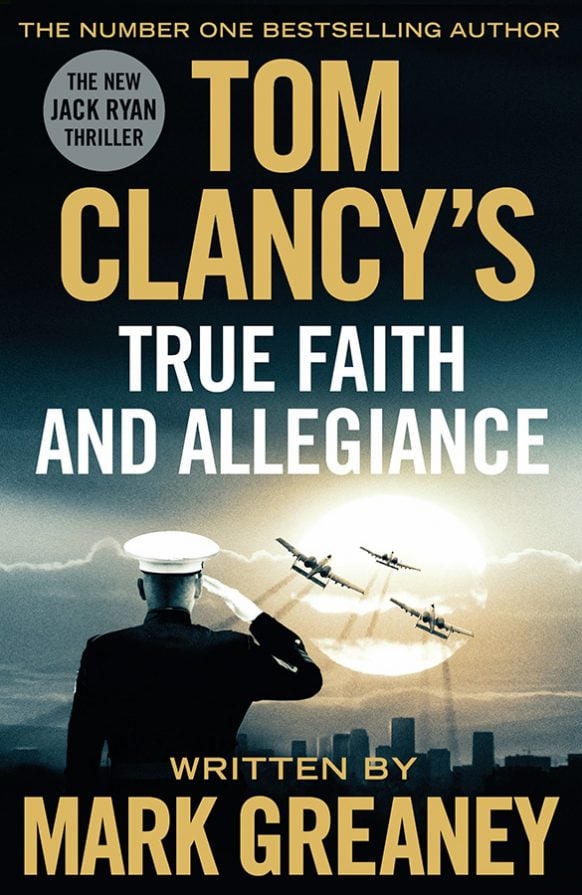