The Worst Woman in Sydney by Leigh Straw

The Worst Woman in Sydney: the life and crimes of Kate Leigh by Leigh Straw peaked my curiosity. My knowledge of Sydney’s dark criminal history is sketchy at best: I haven’t watched any of the Underbelly series, so the story of Kate Leigh, Tilly Devine and the world of the razor gangs was all new to me.

I was excited to learn about this notorious woman Kate Leigh and her world. Does Leigh Straw tell this story well? Not particularly. The time-line jumps all over the place, it’s enormously repetitive and Straw has tried to create a sense of intimacy by writing “interludes” between chapters, (using a different font) featuring scenes from Kate Leigh’s life. I found these jarring and ineffectual. There is, however, no denying that Straw has done her research, if the pages and pages of notes and bibliography are anything to go by!

Kate Leigh was certainly larger than life. She could be extremely ruthless on the one hand, and extremely generous on the other. She dominated in a man’s world. She was astute enough to know that she needed to manipulate the press to portray her not as a hardened criminal, but rather a woman who looked out for her community in “the hills’. She had her own skewed moral compass: she never drank, took drugs or prostituted herself – but was more than willing to make her money from all of the above.

Straw makes no effort to hide the fact that she has fallen under Kate Leigh’s spell, and bends over backwards to always point out her positives. She tries to be impartial, but fails. She constantly refers to Leigh as being a larrikin – she wasn’t. She was a hard woman who made her living from the misery of others.

However, The Worst Woman in Sydney has peaked my interest in this colourful part of our history, and I will investigate further reading

Find The Worst Woman in Sydney in the SMSA Library Catalogue 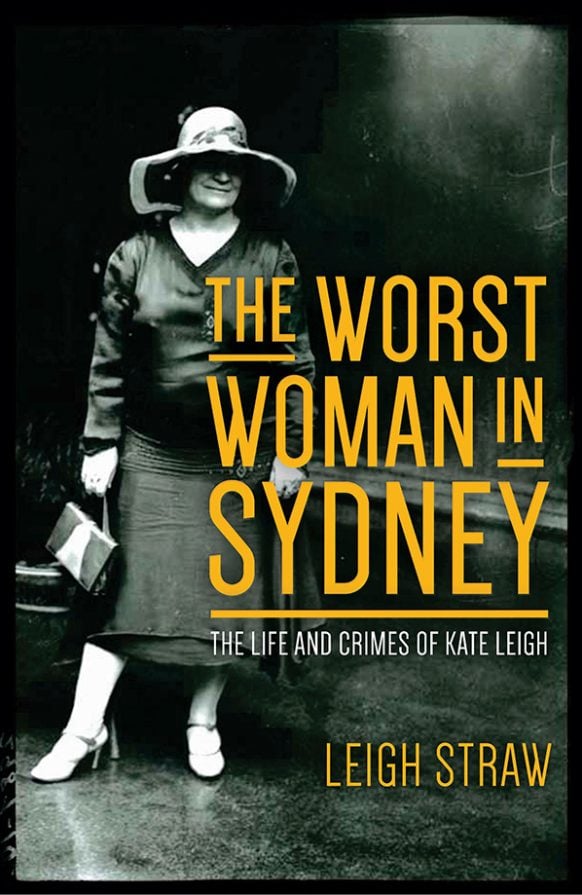