The Water Room by Christopher Fowler

Having thoroughly enjoyed Fowler’s first Bryant & May mystery, Full Dark House, I approached The Water Room by Christopher Fowler with combined excitement and trepidation. Would their second adventure live up to their first? I won’t keep you in suspense….the answer is an unequivocal ‘yes’.

Unlike Full Dark House which involved two time frames, The Water Room is set in contemporary London. However, there is a deep sense of London’s history impacting on the lives of its present day citizens, in this instance, the underground rivers of London, ‘which created the form of London itself. They are the arteries from which its flesh grew.’

Arthur Bryant and John May lead the Met’s Peculiar Crimes Unit, established during the Second World War to investigate the crimes the Met find too left-field. When the elderly sister of Bryant’s friend is found dead in her basement, and her death is revealed to have been anything but natural, the PCU launch an investigation that could be their unit’s last if they cannot solve it.

This series proves that crime novels can have just as much literary merit as any other genre. For example, Fowler creates a potent sense of place when describing an area in London that time seems to have overlooked:

‘You forgot that there were still postwar pockets like this. Dark little houses. Cool still rooms. Ticking clocks. Settling dust. Polished wood. Time stretched back to the boredom of childhood.’

This series also has a great sense of fun. There were several passages that made me laugh out loud; clever funny, not lowest-common-denominator funny:

‘“Mr Bryant usually brings me his palaeographic conundrums for reinterpretation, although, alas, I fear his recent reluctance to employ my services suggests that the age of the erudite criminal has passed along with the locked-room mystery, clean public toilets and a quality postal service.”’

The mystery was suitably peculiar and the resolution satisfying. Bryant and May are fine company to keep, and I look forward to reading their further adventures.

Find The Water Room in the SMSA Library Catalogue 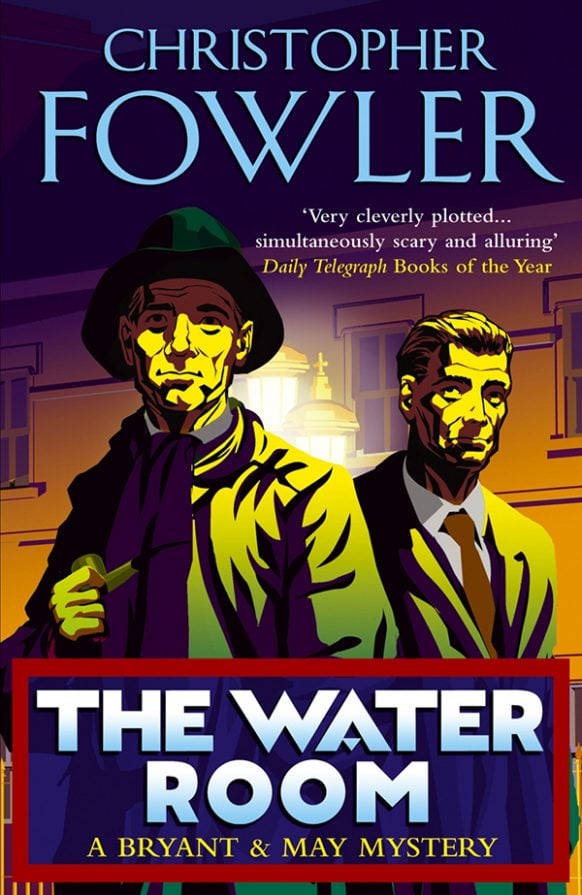