The Paris Bookseller by Kerri Maher

As we approach the end of another year (for those of us still alive), we would like to honour some important milestones of the literature realm that do not deserve to be overlooked.

On September 11th last, sadly, the life of one of the greatest writers of all times ceased to exist: Javier Marias.

This 2022 also marks the 100th anniversary of the death of Marcel Proust, another genius of the universal literature.

However, apart from those doomed absences, this year coincides with the publication of James Joyce’s Ulysses, which -against all odds and censorship of the times- saw the light thanks to the unconditional auspices of Sylvia Beach.

Sylvia Beach was the founder of the iconic Shakespeare and Co., an English bookshop and lending library located on the Left Bank, the first of its genre to be opened in Paris.

That is why, in acknowledgment of her endless support to Joyce’s Ulysses, I would like to share with you the pleasant reading of Kerri Maher’s book: The bookseller of Paris.

In the novel, we follow a cultivated, voracious reader, and perfectly fluent in French (if a rather shy Beach) Sylvia on her return to the city where she lived as an adolescent and which, since then, had bewitched her soul.

One year after the end of WWI, Paris was trying to recover from the deep wounds war inflict on humanity. It bursted with artistic and intellectual activity.

Through her friendship with Adrienne Monnier – writer, editor, and bookseller herself- Beach became involved with the intellectual circles of poets, writers, and intellectuals of the times.

Monnier’s La maison des amis des livres inspired her to open Shakespeare & Co., which was to become a magnet for expats living in the City of Lights.

We attend Gertrude Stein’s salons; readings and gatherings with the likes of Ezra Pound, Jules Romains, and Ernest Hemingway; as well as her first memorable encounter with her admired James Joyce, whose Portrait of the artist as a young man (1916) was already one of her favourite novels. By that time, she was following with eagerness and awe the periodical segments of his still work-in-progress Ulysses, published by Margaret C. Anderson in her Chicago Little Review.

In the States, the book not only fuelled an endless wave of controversy and bigotry for its explicit content but was also taken to trial for obscenity; its publication being jeopardised.

Even Virginia and Leonard Woolf in England declined (due to its length though) to print it.

A doomed ostracism was keeping the book in exile.

As Joyce’s regular presence at Shakespeare & Co. was increasingly filled with disenchantment and gloomy pessimism for the fate of his book, Sylvia jumped into the epic task of publishing herself the Ulysses.

Despite her lack of experience in the matter, she stoically and relentlessly faced all kinds of pitfalls, convinced as she was of the huge ground-breaking dimension of the work.

The book provides us with moving details about the upheavals and joys of this odyssey of hers in the quest to publish the book, as well as the unusual opportunity to come closer to a discreet character that generally stayed away from the spotlight and that meant so much for the expats literary scene in Paris.

So, why not to profit from this chance to travel to the Paris of the 20s to enjoy close glimpses and anecdotes of a fascinating era?

Besides, if interested, please do not miss this gem of an interview with Sylvia Beach, our main character of the book (addressing to us from a respectable age) reminiscing about the twists and turns of a series of events, be them literary or like those about Hemingway looking for Sylvia when arriving with the liberating troops to Paris: 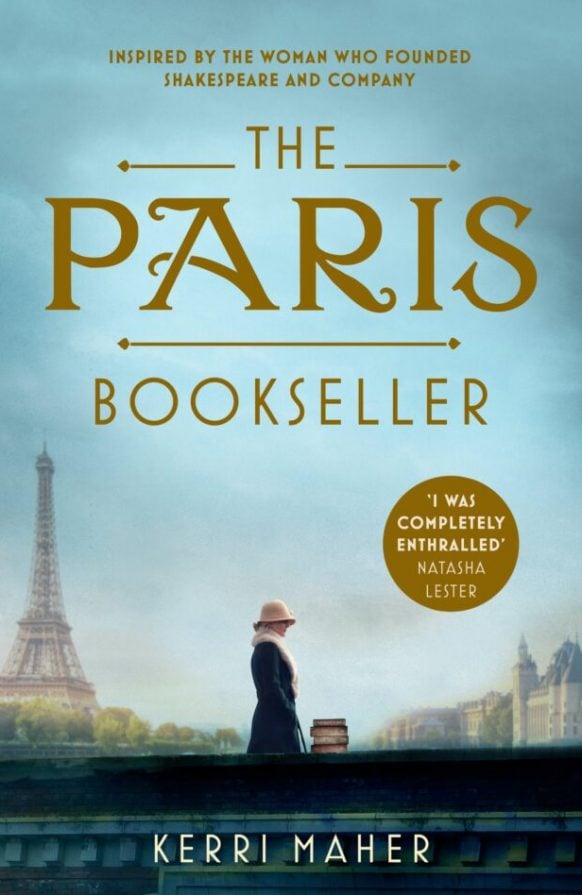