The Night Circus by Erin Morgenstern

The Night Circus by Erin Morgenstern is a beautiful, magical, dreamlike book that tells the story of the Cirque de Reves, the Circus of Dreams, and the two star-crossed lovers who are bound together to compete in a game for which they don’t know the rules.

At six years old, Celia Bowen, daughter of Prospero the Enchanter (AKA Hector Bowen), is introduced by her father to the mysterious man in a grey suit who places a ring on her finger that sinks into her flesh and leaves a scar. Later, the man in grey removes a promising nine year-old boy from an orphanage, whom he eventually also binds by a ring. All the children know is that they are being ruthlessly trained in order to compete against their unknown rival in a magical competition.

Interspersed with the story are vignettes of the strange Cirque de Reves in which all things are black or white or grey, and which is only open at night. We view a contortionist tattooed with strange symbols who twists her body in remarkable ways, an impossible garden made of ice and other myriad wonders and delights.

It eventually becomes apparent that the circus is the stage on which the game between Celia and the boy (who calls himself Marco) will be played out. They each compete within its bounds – Marco from the outside, Celia from within – creating things of dreamlike beauty to outdo each other. Or, perhaps, to court each other.

Their love, however, is not part of the plan. It is dangerous to themselves, to the circus performers and to the fans of the circus who call themselves reveurs and wear just a splash of red.

This is Erin Morgenstern’s debut novel, and I can’t wait to see what she writes next.  If you like the dark, phantasmagorical leanings of Neil Gaiman’s writing or Jonathan Strange & Mr Norrell by Suzanne Clarke, you will definitely love The Night Circus. Highly recommended. 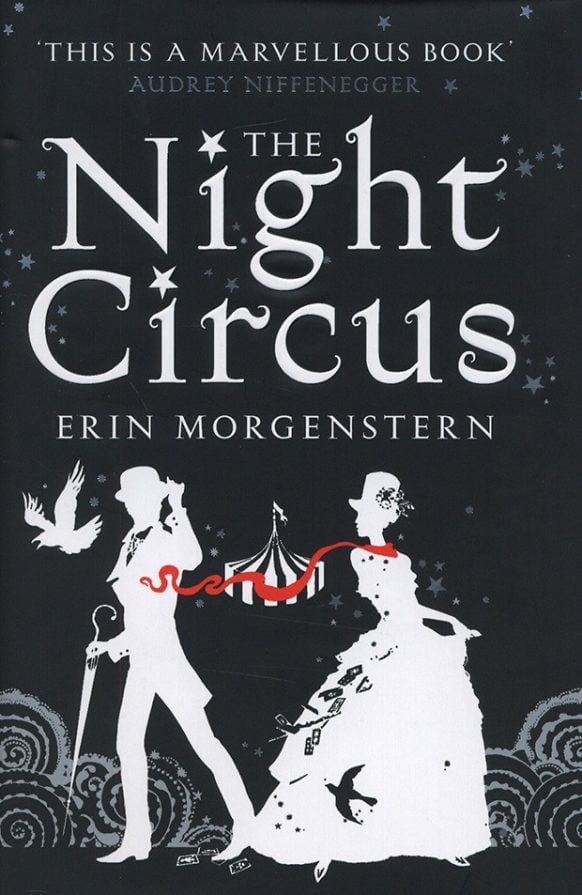