Did you know that in addition to his notable international achievements in the fields of law, bioethics and literature, Alexander McCall Smith is an amateur bassoonist and cofounder of The Really Terrible Orchestra? An inclusive organisation that exists “to encourage those who have been prevented from playing music, either through lack of talent or some other factor,” the RTO according its website “looks forward to a further lowering of standards, in order to underline its commitment to accessibility and relevance.”

In this latest addition to the acclaimed The No. 1 Ladies’ Detective Agency series, The Minor Adjustment Beauty Salon, we enjoy once more the wonderful characters McCall Smith has created, whose weaknesses endear them to us as much as their strengths. The “traditionally built” and tolerant but persistent Mma Ramotswe, sharply observant of human behaviour, who indulges herself in cups of tea and the odd slice (or two) of fruitcake. Her husband, the intellectually limited but loveable and kind‑hearted mechanic whom she still calls “Mr J.L.B. Matekoni” in full. Mma Makutsi, the touchy but no-nonsense human dynamo. The apprentice mechanics. Even Gaborone’s regular villains, the glamorous, unscrupulous Violet Sephuto and Mma Makutsi’s husband’s rude and possessive but lonely senior aunt.

What entices one’s mind and warms one’s heart is the progress of the underlying story, the growth of the characters, the strengthening of the relationships between them. You don’t need to read the books of the series in the order they were written to appreciate this. Each has its two or three entertaining and peculiarly Botswanan or at least African mysteries to be unravelled, as this one does. Yet the great strength of the book, as with the rest of the series, lies elsewhere: in the expected arrival then birth of Mma Makutsi’s baby, in poor Mr J.L.B. Matekoni’s hopeless attempts to be a better or “modern” husband to the woman he dotes on, in a surprising change in cheeky Charlie’s attitude, in the growth of the bond between the two women who operate The No. 1 Ladies Detective Agency.

In fact, the bond between Mma Ramotswe and Mma Makutsi has become so important to the series that The Minor Adjustment Beauty Salon ends with its celebration. McCall Smith unexpectedly leapfrogs the ultimate confrontation of the “baddies” by the two lady detectives, which I must admit I was very much looking forward to. His omission is my only criticism of the book. But the ending is so moving, I forgive him. 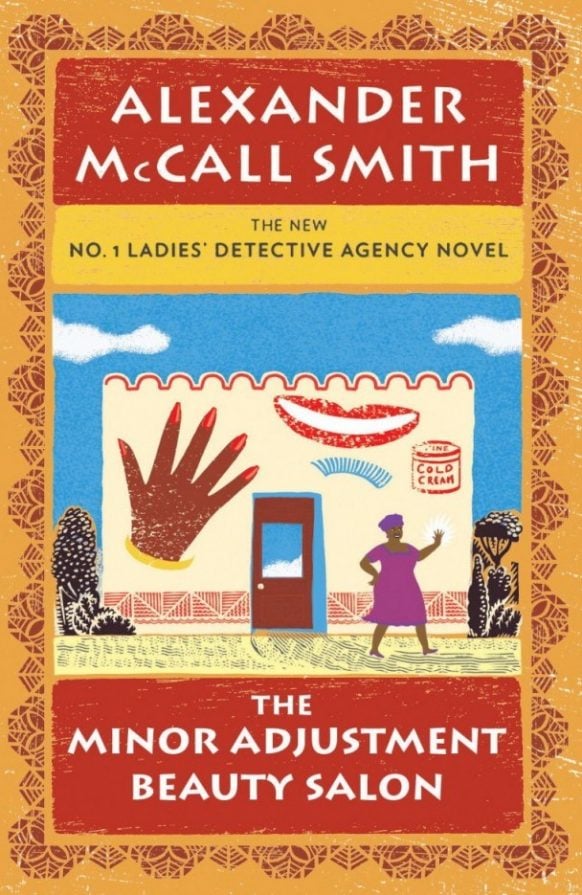