There’s a song by The Band, about a travelling medicine show in the US some time back, that talks about “saints and sinners, losers and winners – all kinds of people you might want to know”. I was reminded of this while reading The Heavenly Table by Donald Ray Pollack.

Pollack worked as a laborer in a paper mill in Ohio for over 30 years and his characters show that life experience — a bit desperate, mainly poor, often violent but alive and unapologetic. It’s tragic, funny, sometimes tender, vulgar – not everyone’s cup of tea – but an extraordinary recreation of the time just as the US enters WW1, with the demise of an older west and the emergence of a different type of cruel modernity.

The novel is about three brothers, who go on the run after a botched robbery. Though inept, they succeed in eluding capture and acquire a notoriety that’s not entirely deserved. It is set against a backdrop of backwoods sharecroppers, an African American chancer, a gay military officer dreaming of dying in valour on the fields of France, and a grotesque saloon manager who would put you off bars for life. Meanwhile the bodies pile up.

The Heavenly Table by Donald Ray Pollack in the SMSA Library Catalogue. 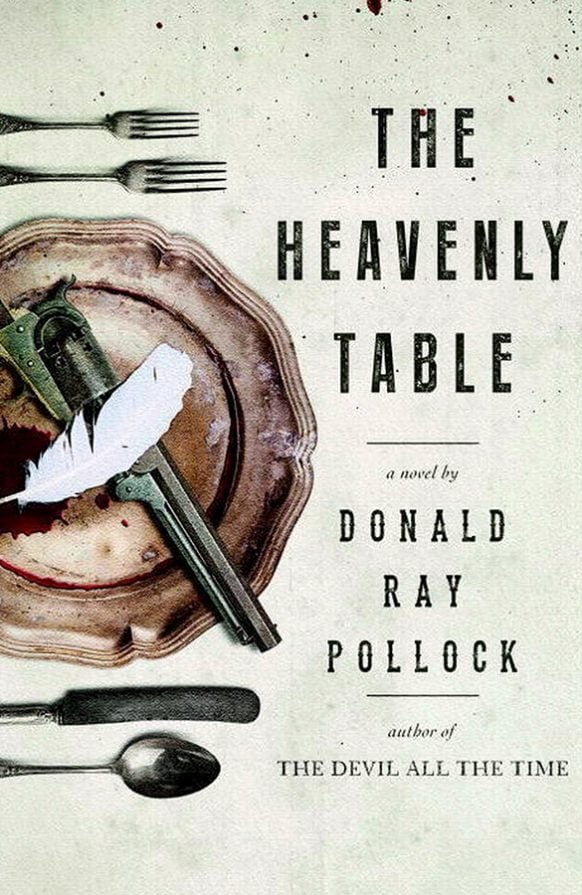