Home > Book Reviews > The Harp in the South by Ruth Park

The Harp in the South by Ruth Park

Re-reading Ruth Park’s The Harp in the South is more than an exercise in nostalgia. I found myself fascinated with the deceptively simple and homey way in which she tells the story of the Irish Catholic Darcy family who live at Twelve-and-a-Half Plymouth Street, Surry Hills.

There’s stout and determined (but somehow defeated) Mumma, hopelessly devoted to her unreliable husband Hughie who drinks away their money; the charming Roie whose rose-coloured innocence is damaged but never quite broken; and the whippet-smart Dolour who has high hopes of a better life.

There are also a range of other characters whom Ruth Park writes with feeling and compassion, including Delie Stock, the local ‘bad woman’  with a heart of gold (who seems to be a bit of an amalgam between Tilly Devine and Kate Murphy).

My favourite character by far, however, is Grandma. How can you not love her during the scene when the police are shutting down the local New Years Eve bonfire?

Grandma, with eyes glittering with excitement, and a red spot on each cheek, was making a great to-do about getting a suitable potato. She picked up two or three before she fould a nice round solid one that fitted into her hand. She raised her arm to throw it, murmering: “Great splaw-footed spalpeen,” and “I’ll send it clean through his brisket,” when the horrified Mumma seized it from her hand. Grandma was bereaved, for she came from a long line of wild boys and girls who had specialised in potting Kings’ Men from behind hedges, in the insurrections.

The Surry Hills slums are brought vividly to life. Poverty and struggle are contrasted against the sense of community that seemed to ignore (to a degree at least) nationality. Despite my earlier observation about Delie Stock, I found it interesting to get a glimpse of daily family life at the time, rather than the sly-grog underworld that we are probably more familiar with today thanks to Underbelly: Razor.

Moreover, Ruth Park has a real sense of place and I enjoyed being able to visualise scenes in specific streets and locales, sometimes from my own knowledge and sometimes via the magic of Google Maps. I eventually came to the realisation that the streets she mentions that can’t be found in Google Maps must have been victims of urban planning and slum-clearing of the kind the Darcys come up against in the sequel, A Poor Man’s Orange.

I truly enjoyed re-visiting this classic, and have since devoured both A Poor Man’s Orange and the prequel Missus, both of which are available from the Library.

Find the Harp in the South trilogy in the Library catalogue: 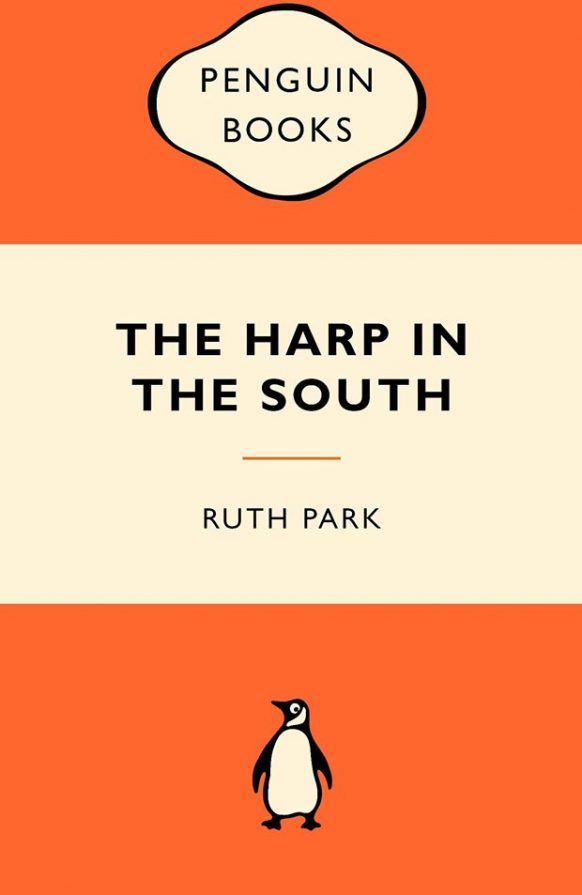