The Glass Universe by Dava Sobel

Much like Hidden Figures by Margot Lee Shetterly (the basis for the Academy Award nominated 2016 film), The Glass Universe provides a highly readable account of the group of female computers who worked at Harvard College’s Observatory in the era around 1882 to WWII.

Spectral analysis of the distant stars had just commenced as a science, using emulsion plates to photograph the stars through telescopes, then relied upon teams of dedicated, focused women (some of whom were also students) to painstakingly measure each plate after each viewing session to detect and discover movements in stars.

Sciences, particularly astronomy, has always been meagrely funded and no less so than in the late 1880s to 1900 when the Director of the Observatory could only pay his staff 25c per hour each. Yet the Director, a man of honour, always treated his staff with the utmost respect, referring to them as Mrs or Miss X and, when discoveries (particular of a nova) were made, either gave them a full reference in the resultant published paper, or noted them as co-author when fairly warranted.

This book is a lengthy, fully researched tome on the early world of astronomy, spectral photography, the invention of classification of stars and the ground breaking work theorising the material of which stars are made. More, it devotes pages to the families and backgrounds of many of the women who worked at Harvard, their circumstances which led them to a life of astronomical research (despite the small salary) and the wealthy families who made substantial bequests to the College to keep the astronomy programs running.

It spotlights the women who were clever, yet not ostracized by society and who found their true careers at Harvard and the world of astronomy.

I found this book particularly interesting as it gave an insight into the world of the very wealthy families on east coast America, their philanthropy towards Harvard’s Observatory and their personal passions of photographic astronomy.

Find The Glass Universe in the SMSA Library Catalogue 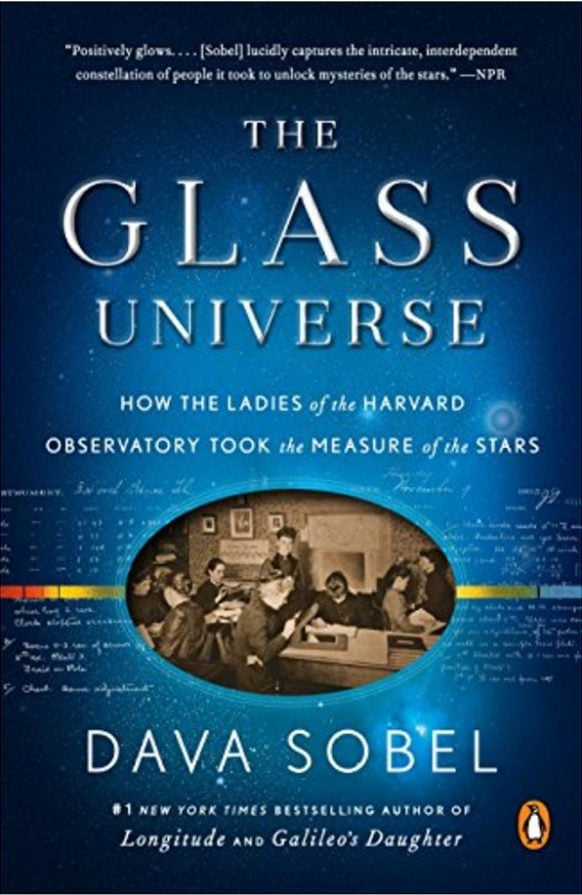