David Lagercrantz’s The Girl Who Takes an Eye for an Eye is the fifth book of the Lisbeth Salander series which started with The Girl With the Dragon Tattoo.  Written in the Scandi Noir style, though not from the classic police point of view, it is the second installment written by Lagercrantz, who took up the mantle after creator Stieg Larsson died.

As far as sequels go, it follows seamlessly from The Girl in the Spider’s Web, though the reader remains unclear exactly how Lisbeth ends up in jail so soon after saving a small boy’s life. The first four novels delivered, in spades, the gritty horror which makes Scandi Noir such a popular genre.  Beneath the intense weather of Stockholm lies surprising brutality, racism and murder.  This release carries several sub-plots, including arcane experimentation on twins separated from childhood (as was Lisbeth and her twisted sister Camilla) and a Bangladeshi arranged marriage which ends with two deaths and more planned.

The first four books wove complex sub-plots seamlessly together, always with a forward direction, always keeping the reader in suspense and hungrily reading far into the night. This current offering has lost that flow and intensity of plot and dialogue, leaving the reader skipping pages in order to get back to sections involving our anti-heroine. The joy of the fourth book lay in a voyage of self-discovery as Lisbeth found she was capable of acts of great kindness without losing her sense of identity.  She is the perfect foil to Mikael Blomkvist, the focused leading journalist of the Millennium magazine.  Despite the abrupt joinery between sub-plots, all comes together in a satisfactory manner in the final chapters.

It is hoped that the next book will revert to true Larsson quality.

Find The Girl Who Takes an Eye for an Eye by David Lagercrantz in the SMSA Library Catalogue. 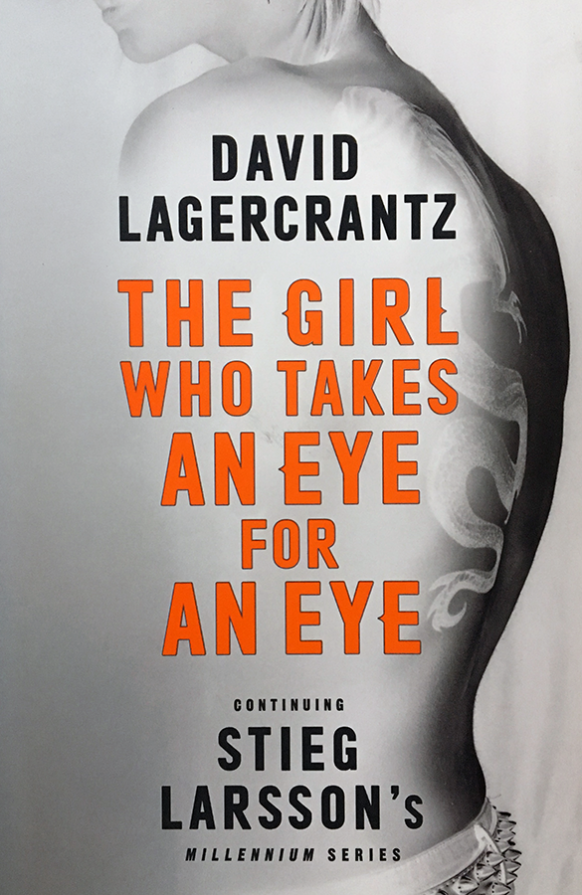