The Girl Who Lived Twice by David Lagercrantz

The Girl Who Lived Twice by David Lagercrantz is, unfortunately, the last in the series of six Swedish crime noir stories featuring one of the most unusual protagonists to be invented. Lisbeth Salander, a young Kawasaki-riding woman, tough, Goth, inhumanly skilled with computers (and possibly learning to become human again) has decided to take the fight to the one spider in the web of hate and violence which has surrounded Lisbeth all her life….her sister.

This instalment mirrors the five preceding books, starting with a non sequitur of a crime into which Lisbeth’s friend Mikael Blomkvist, lead journalist at the Millenium magazine, is drawn almost by accident. The plot threads from the previous novels continue to unravel here, finally, and make sense when set against the very big picture involving the Russian and Swedish spy networks from the Cold War era. More information is now provided about Lisbeth’s brutal upbringing at the hands of her father Zalachenko and what set sister against sister.

This reader felt the preceding instalment The Girl Who Takes an Eye for an Eye was a little lack lustre when compared to the first three novels by the original author Stieg Larsson (deceased) but this final instalment more than makes up for what was lacking.  There are three plots interwoven of which one intersects directly with Lisbeth. The final chapters are horrifying in what they reveal but gripping to the very last word.

The final sentence is heartwarming and would make a terrific starting point for another book.

Find The Girl Who Lives Twice in the SMSA Library Catalogue 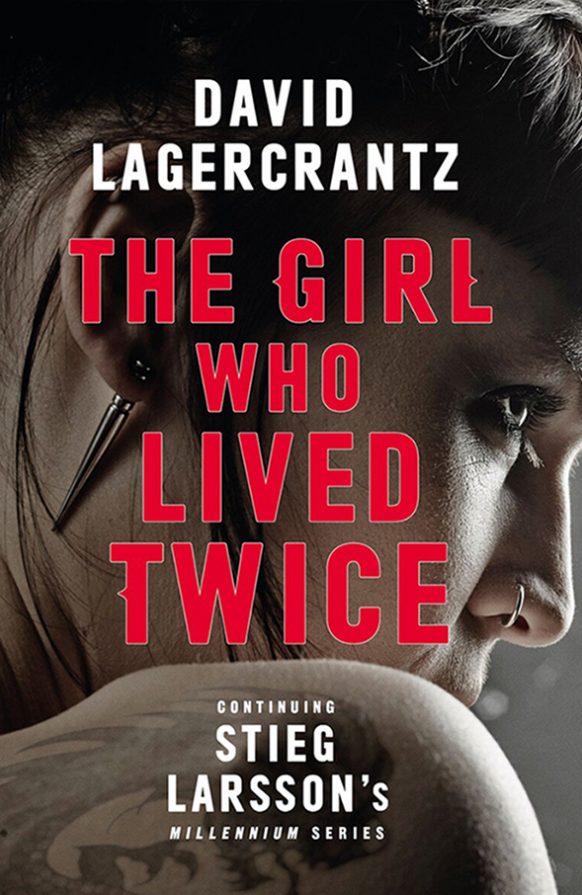