The Business by Iain Banks

Iain Banks wrote under two monikers: Iain M Banks to denote his pure science fiction (for which he truly deserved the title of national living treasure in his native Scotland) and also this name to identify his literature (set in the present day).

The Business straddles both genres, told in the first person by Kate Telman, a rapidly rising Level 3 executive in the ultra-secretive, ultra-powerful global corporation for which she has worked forever.  It’s also a mystery (but not a crime, yet).  Kate is on a year long sabbatical, flying (by Learjet or Gulfstream) around the world, visiting various Business factories and offices out of curiosity.  Whilst at one such electronic chip manufacturing plant, she observes something that doesn’t quite gel, and discusses it with her elderly mentor, Freddie (a billionaire and a Level 2).

Soon after, she is required to meet two other, more reclusive,  Level 2 executives who send her to a small village in Tibet to further The Business’ interests in acquiring the small country (and gain a longed-for seat at the United Nations).

This novel is fascinating, taking the centuries-old Business (which predates the Roman Empire and actually owned it for 66 days) for granted and just getting on with telling the story of Kate, who discovers a nasty secret within the wheels and cogs of the behemoth to which she owes her life.

Find The Business by Iain Banks in the Library catalogue. 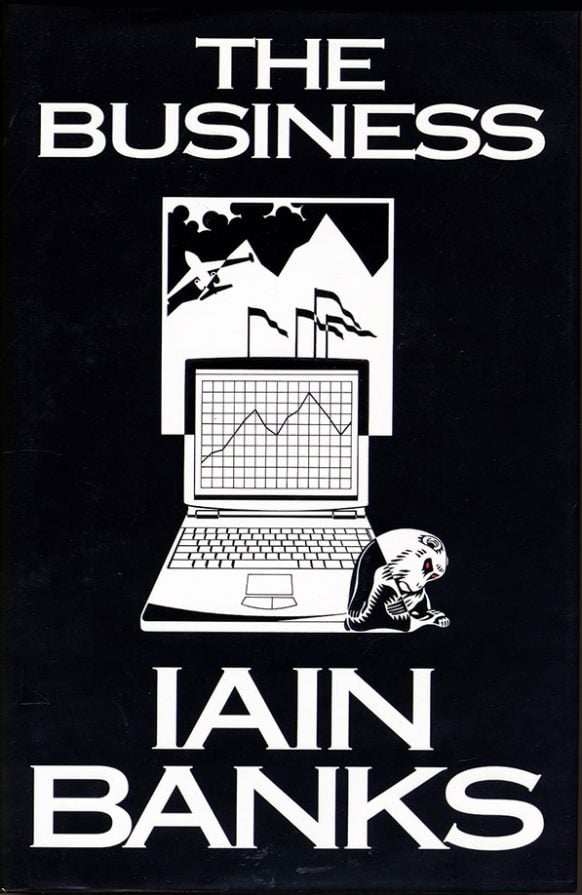