The Boys by Ron Howard and Clint Howard

I’ve always enjoyed any production involving Ron Howard, either when he appears on screen or, more thoughtfully, behind the camera.

Like most people, I first met his acquaintence when he appeared in Happy Days. His work on The Andy Griffith Show was possibly never shown on Australian TV as I never saw it, but was familiar with the series when referenced by other American programs.

This autobiography written by Ron, with alternate chapters by his younger brother Clint, was very entertaining, information, poignant, filled with Howard family love and laughter. I ended up enjoying it far more than expected. He covers the early years of Hollywood film production by relating his father’s career within the industry (Rance Howard the screenwriter and actor). The Howard family’s involvement with film making really took off when Rance took his two small sons for auditions. They had the clean, hometown, young boy appearances required by the bigger films in those days and Ron, with love, recalls his father’s constant help and support in preparing them for their small speaking parts.

It becomes apparent that two generations of Howard family genial tenacity and non-diva behaviour are critical reasons for their constant employment before the camera. Ron also appeared in American Graffiti with Harrison Ford, a fact which I’d forgotten!

In the latter parts of the book, Ron speaks of his family, particularly his daughter Bryce Dallas Howard, who is the third generation of the Howard family in Holllywood to be a professional producer/actor/story teller.

If there is one criticism of this autobiography, it’s that it feels like a sanitised version of what is probably the real truth of working in Hollywood. I have no doubt the Howard family is as genial and good humoured as they appear to be. Perhaps the legendary seamier side of Tinsel Town didn’t adhere to them. 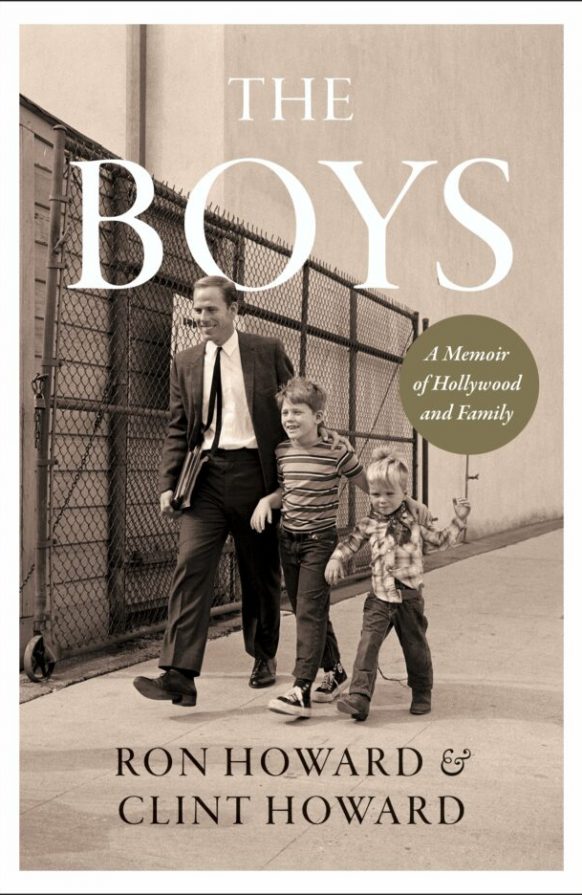