How best to describe Rotherweird, Andrew Caldecott’s first fantasy novel?  “Baroque, Byzantine and beautiful” is how it was described by The Guardian. Personally, I finished this complex story thinking it was an adult’s version of The Magic Faraway Tree by Enid Blyton. It’s a rich, satisfying, leisurely stroll through a garden maze, with abrupt turns between two centuries. One century setting the horrific tale, the other solving and finding peace, both populated with a wide assortment of people and personalities.

The plot is unique; a town in present day England is set apart, walled off from the rest of the country by the river Rother. Outsiders may enter the town’s gates during the day, but must leave by nightfall. The inhabitants within the river’s embrace have lived governed by their Mayor since the mid-1500s, the position inherited since first established. There is a secondary school within the town of Rotherweird which hires a new history teacher from London after their last one mysteriously disappears. The newcomer, Mr Oblong, accepts the position, but is forbidden to teach anything prior to 1800. Rotherweird brooks no-one investigating its mysterious past. Enter a wealthy, sinister, man from London who purchases Rotherweird’s Manor house and proceeds to inveigle himself into the town.  There is a really nasty secret at the heart of the township and almost all of the residents live in fear of an outsider uncovering it.

Part horror, part history, part steampunk, part abject grief, this story is a compelling read. It’s whimsical, fantasy, uncomplicated and a real pleasure to read.  I thought that Andrew Caldecott had tied up all loose ends satisfactorily, but he is writing the sequel, due out in 2018.

Find Rotherweird by Andrew Caldecott in the SMSA Library Catalogue. 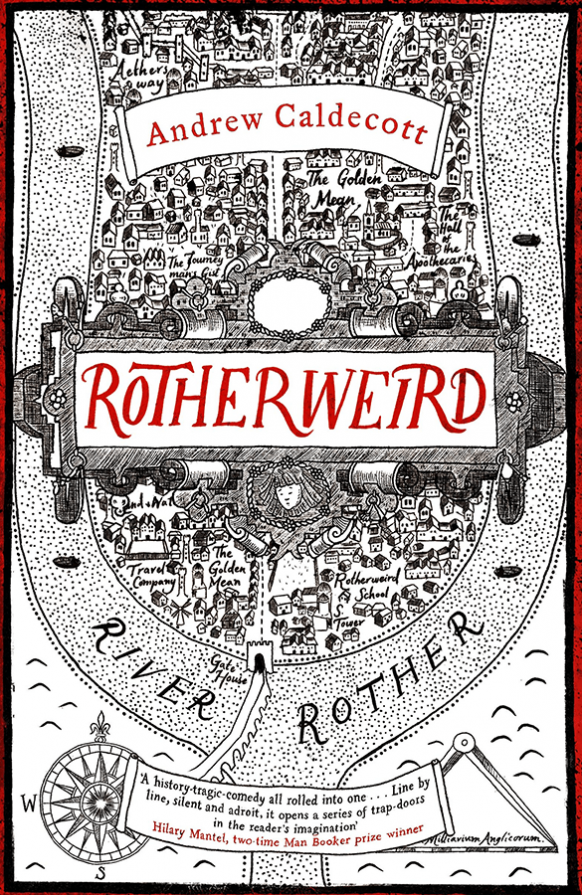