Qantas by George! by Paul Byrnes

Qantas by George!, but author Paul Byrnes, was published in 2000 when George Roberts was 90. The SMSA’s copy is actually autographed by the George himself, making it all the more valuable. Qantas by Geroge! is a real hoot, a biography of a legendary Qantas aircraft engineer who joined Qantas in 1936 and worked until his compulsory retirement at age 60.  He then joined other retired staff to work at the Qantas Museum in Sydney, contributing much of his personal collection of historic photographs and machinery, until his passing in 2009 aged 99.  What sets George apart from many others is his ability to recall accurate memories of what it was like to work at Qantas in the early years of the airline, before, during and after WWII in particular.  He was also an immense collector of many objects, from manuals, to tools, spare parts, whole aircraft and took his own photographs.

George’s grandfather was a coachbuilder in Ipswich QLD; his father was the Ford dealer in Ipswich so George and his older brother Norm decided at a young age that their future lay in aviation (a step along the path of transportation).  They were very fortunate to come from a family of mechanical engineers who were able to take apart any vehicle and rebuild it, making it go faster or work better.  This rare talent later stood George in good stead at Qantas in WWII, when he was able to keep the Sydney fleet of aircraft airworthy whilst using spare parts scrounged from anywhere –  including old motorcycles!

A great read, a “Boy’s Own” adventure, with photographs on every page to really illustrate the story of a talented engineer and Australia’s legendary airline.

Find Qantas by George! by Paul Byrnes in the SMSA Library Catalogue. 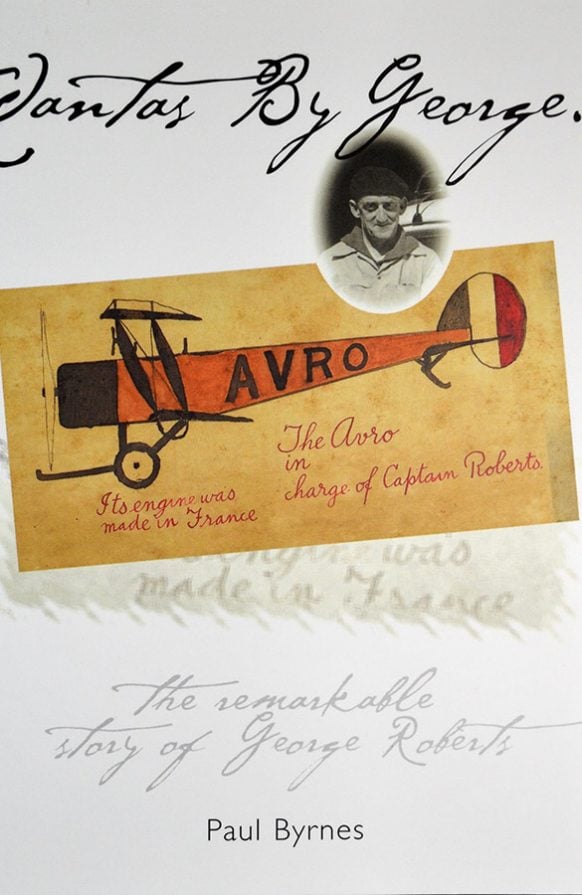