Past the Shallows by Favel Parrett

This is the first novel by Australian author, Favel Parrett. I found it to be one of those books that I couldn’t put down – I empathised, and I got angry and upset. The writing is clear and simple – endorsing the fact that the novel was written from the perspective of the youngest character, Harry, and his youthful simple outlook on the things that happen around him.

The story is set in Southern Tasmania, a fairly barren and harsh environment, where three brothers Joe, Miles and Harry live, the two latter with their father, an abalone fisherman. Times are harsh and rough for this family, the boys’ mother having died in a car accident – leaving the boys to live with an abusive and drunkard father. The sea, strong and forceful as always, is their means for survival, and Miles must work with his father on the fishing boat to help the family, leaving him little time to enjoy things a fifteen(ish) year old would like to do, like lose himself in surfing with his mate.

Harry, who suffers from sea sickness is exempt from working on the fishing boat, and lives mostly in a lonely world, left to his own devices a lot of the time whilst his father and brother fish (the older brother Joe, has left home). Miles has lots of mixed feelings – his need to protect and watch over Harry, his desire to go surfing with his mates, and his desperate need to get away from his father and deal with the death of his mother. Harry, who is around 8 years old, is young and innocent, but is close to nature, feeling he is part of the sea and the forest and the first people of the area. He befriends a loner who lives nearby, where he finds some friendship. Harry doesn’t remember his mother’s death, but Miles is still deeply affected by it.

The father is such a harsh character, I shook in fear of him, and his abuse of his children. My empathy for Harry, but more so for Miles, made me desperate to get them away from their father. The events and revelations as the story goes on, as the boys deal with the life they have been dealt, the secrets, the harshness of their life and their environment, made this a great read.

Past the Shallows is an intensely moving novel, about the importance and sustaining power of love and responsibility, and the tragedies which can unfold in their absence.

Past the Shallows by Favel Parrett 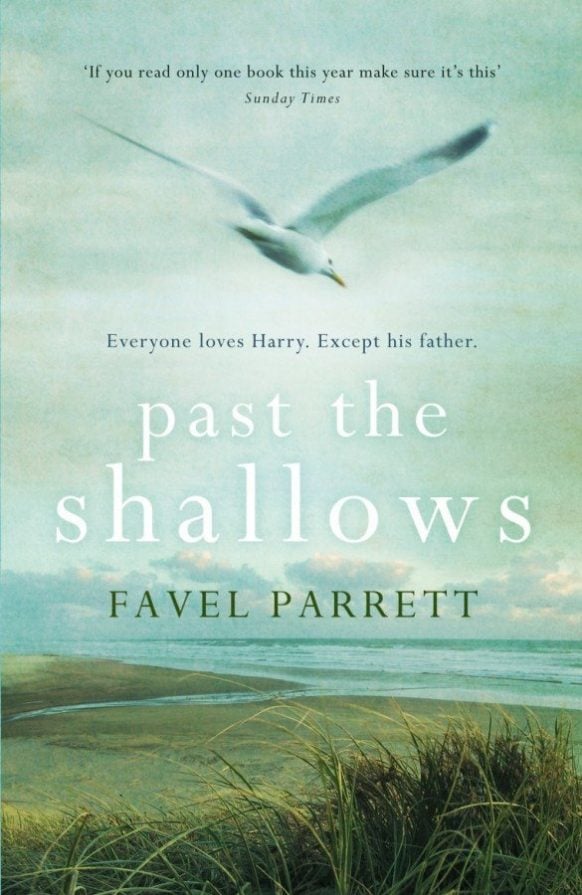