Palmyra: Mirage in the Desert edited by Joan Aruz

Palmyra: Mirage in the Desert is a beautifully produced book of 160 pages on the ancient city of Palmyra in Syria.

Palmyra is a UNESCO World Heritage site but that didn’t save it from wanton destruction of two of its temples by ISIS in 2015. An ISIS gang believed that its leading archaeologist, Khaled al-Asa’ad, knew where the gold and antiquities were hidden within the city and held him hostage for a month, torturing before finally beheading him in public and hanging his body from a column.

In 2016, a dozen international scholars decided to honour their friend and the city of Palmyra by producing this book, drawing together wonderful photographs (the earliest from 1864), sketches, maps and monographs.

They have included early photographs of Palmyra that captured the city as it was 152 years ago, with temples, streets, amphitheatres. More recent photos show those structures restored, and unfortunately, 2016’s photos show the rubble after ISIS blasted buildings flat. The Met’s publication unintentionally captures evidence of extreme terrorism, as much as it does to honour a legendary city on the Silk Road.

View Palmyra: Mirage in the Desert in the SMSA Library Catalogue 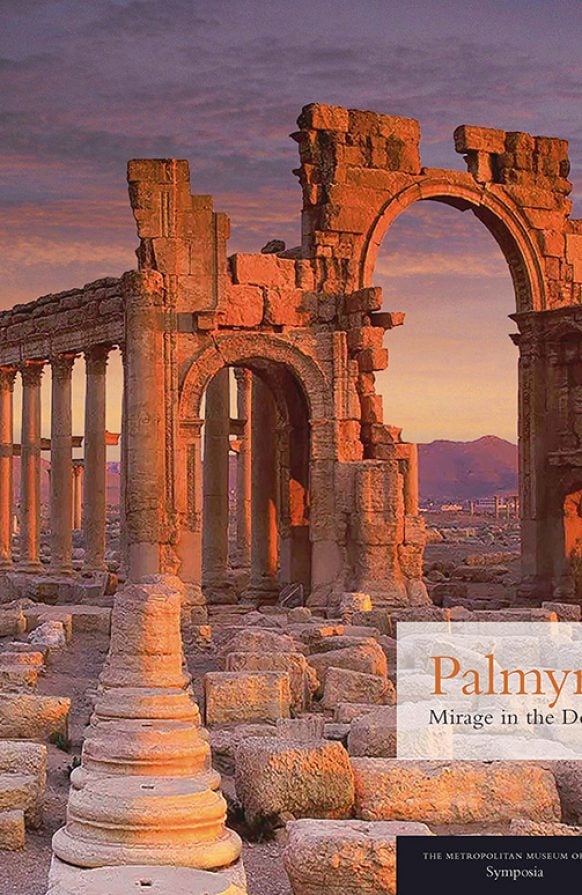