Paul McAuley is a British botanist and science fiction writer.  Happily, he also writes action adventure thrillers (which can be found in the SMSA Library’s General section).

I picked up Mind’s Eye initially thinking it would read like thrillers from Clive Cussler, Dan Brown, Steve Berry and Preston Child, but found to my delight a far more complex, in depth plot and character development, all contained in a single, standalone novel of some 500 pages.

Like the aforementioned authors, the first chapter of Mind’s Eye is set in the past, in this case 1981, when a curious small boy called Alfie Flowers investigates a hidden drawer in his grandfather’s desk. What he discovers causes permanent damage to a part of his brain, giving him unusual epileptic fits.  The second chapter moves forward to Alfie as a young man, making a living in London as a photojournalist. There is a mystery surrounding the death of his beloved father, a connection to the clandestine manoeuvres of MI5, MI6 and the CIA during WWII and a truly prehistoric secret buried in Iraq’s hidden caves.

Popular fiction such as action adventure can, and does, act as a starting point for readers’ further reading into an arcane range of topics.  In the case of Mind’s Eye, it ranges from the 5,000 year old caves of Iraq, the first cave dwellers, the weaponize use of native weeds and the use of modern technology to permanently brainwash innocent people. Thoroughly enjoyable, highly readable and moves along at a cracking pace. 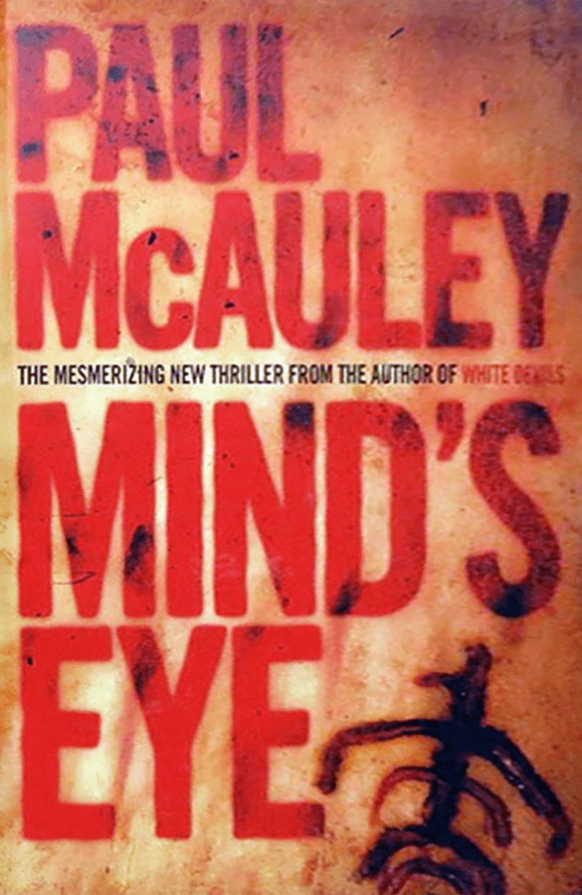