We meet Maisie Dobbs in the Spring of 1929, as she embarks on her solo career as a private investigator. Very early on we can see that there is more to Maisie Dobbs than meets the eye. She appears to be from “old money” and yet has a familiar way with her that defies that assumption.

Very early in this book I was impressed with Winspear’s clever turns of phrase. The first example I tagged was: “Maisie sighed deeply and rubbed her neck at the place where worry always sat when it was making itself at home.” When I read that, I realised that I was in the hands of someone who knows how to write!

Maisie’s first case is a gentleman who suspects his wife is having an affair. She disappears for the day, and is lying about her whereabouts. Maisie follows her and discovers that she is visiting a grave that says “Vincent. Just Vincent. No other name, no date of birth.” Fortunately, Maisie has a lovely chat with the groundsman, who fills her in on why a young man who survived the battlefields of the First World War chose to be buried with only his first name.

Winspear uses this reference to the war to segue to Maisie’s background story, her first love and her experience as a nurse in France during the war. This takes up a good third of the book, and I really found it fascinating. However, I felt it broke the continuity of the original mystery. By the time we return to 1929, I couldn’t remember what she was investigating, and had to keep flicking back to the early chapters.

Winspear has created many support characters who are equally as plucky as our heroine. I particularly liked Priscilla, who Maisie meets when studying at Cambridge. Priscilla embraces life and likes a party, and encourages Maisie to do the same. As Priscilla says: “we are all a long time dead when we go. This is the only ride on the merry-go-round.”

This first Maisie Dobbs novel touches on many aspects relating to England as it recovers from the First World War, and particularly the young men who return with hideous physical scars and the less apparent, but it some ways, more damaging, emotional scars. Maisie’s assistant, Billy Beale, walks with a pronounced limp due to a terrible injury during the war. He appears to be a very positive character, and then he tells Maisie of his sleepless nights. “Then I go out. Walking, the streets. For hours sometimes. And you know what, Miss? It’s not only me. There’s a lot of men I see, ‘bout my age, walking the streets. And we all know, Miss, we all know who we are. Old soldiers what keep seeing the battle. Miss, I tell you, sometimes I think we’re like the waking dead.” I found this image of all those lost souls wandering the streets of London, extremely moving.

I loved Maisie Dobbs. I loved her pluck and kindness. I loved the period of history; in a London in recovery mode, where there is opportunity for change and growth. I loved Maisie’s friends and colleagues and especially her dad.

Some readers may find her a bit too “perfect in every way”, but in the world we are living in today, where cynicism and greed seem to rule, I found Maisie a breath of fresh air. 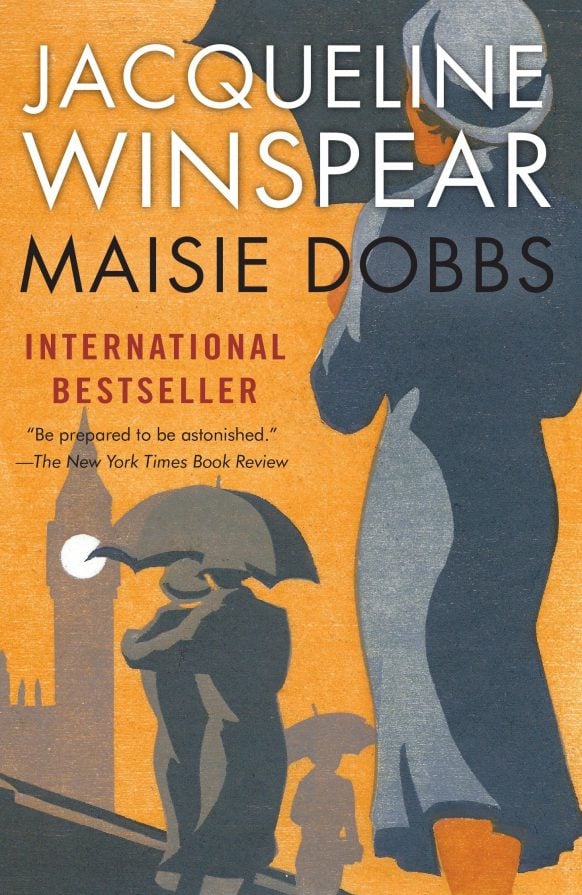