Hope for the Best by Jodi Taylor

This reviewer has just binge-read all ten books of The Chronicles of St Mary’s series, culminating with the latest installment Hope for The Best. How to describe the merry mayhem of the time-travelling (pssst, don’t say it) Historians from The Institute of Historical Research at St Mary’s Priory as they venture up and down the Time Line observing and recording questioned events?

I’ve previously commented that this series is akin to a combination of Doctor Who, Time Team, Fawlty Towers, Blackadder and Monty Python but with this latest instalment I’d venture to add Lovejoy too.

The main character is Dr Maddie Maxwell (“Max” to all and sundry as St Mary’s staff never use their full names whilst travelling).  All of the books are told in the first person by Max; occasionally her complete lack of self-awareness and her effect on those around her reminds this reviewer of Lovejoy as he shuffles around after lost treasure but always stops to help those less fortunate.

This series is on Amazon Books’ best seller list and it’s easy for the reader, from the first chapter, to embrace the tea-soaked St Mary’s team of (previously mentioned) Historians, the R&D department of one, the Archives department of another one, IT, Technicians, Wardrobe, the kitchen staff, Admin and the Security Team, whose long suffering job it is to protect the narrow focused Historians from danger.

The reader is strongly advised to start with book one Just One Damned Thing After Another, then plunge into the books in order.  If you haven’t had enough by that stage, there’s a book of short stories named The Long and The Short of It to keep you going.

Find Hope For the Best in the SMSA Library Catalogue 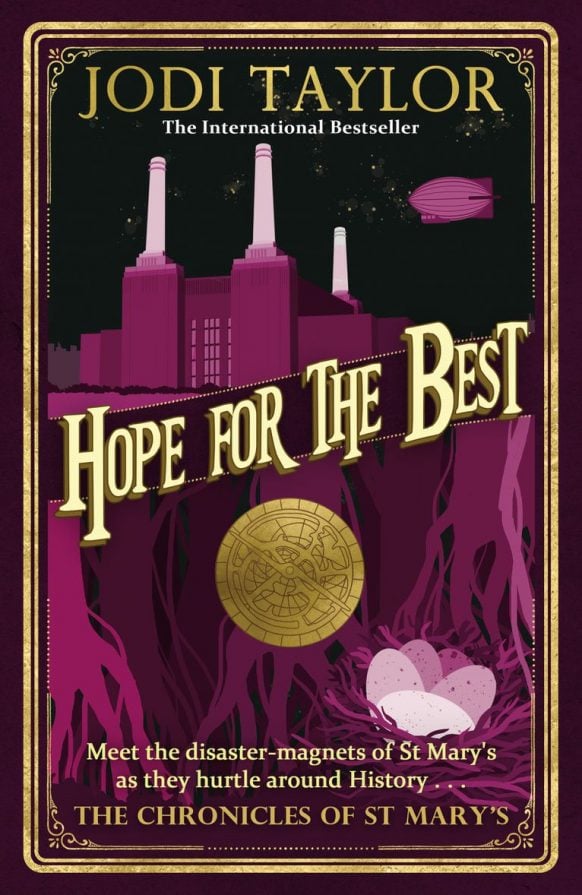