Whilst I know who Henry was and have some idea of the significant role he played in 19th century politics, I had until now not read a book dedicated to the life and times of this man.  I have pursued an interest in Sydney life during that period because of an abiding interest in the history of my own antecedents.  Robert Travers’ book, Henry Parkes: Father of Federation, provided an opportunity for me to expand my knowledge of that period.

Whilst reading the book I gained greater appreciation of the need not to review historical events from our perceptions of the current times, but rather to place them in the context of that time.  It seems so simple, but I suspect we all fall into the trap of contemporising actions of past eras.  The book effectively describes the journey from colony (or should that be colonies) to nationhood.  For most of that time there were no political parties, just loose confederations of like-minded people who frequently stopped being like-minded!  Parkes was undoubtedly an excellent orator and usually had a coherent, if not populist, line to push to the broader public.  However, he also demonstrated a degree of flexibility that would shame even the current political class.

The insights into his personal life are less prominent than those relating to his public persona. If anything, the book left me wanting to know more about him as a husband, father and friend.  This isn’t a bad thing at the end of a read!

In the final analysis Henry Parkes epitomises the opportunities that the then colony held for the many who came to these shores.  His political achievements were memorable but his business failings were also memorable for the wrong reasons.  He imposed his presence on the colony as it moved to becoming a country.  I enjoyed reading this account and learnt much more about this complex character.  The book is easy to read but on a few occasions the author’s choice of words had me reaching for the dictionary.  Sadly, this need probably reflects more poorly on me than Robert Travers.

Travers is a notable author who has written a number of books about Australia.  Born in England, his academic qualifications include a degree in history from the University of New South Wales. 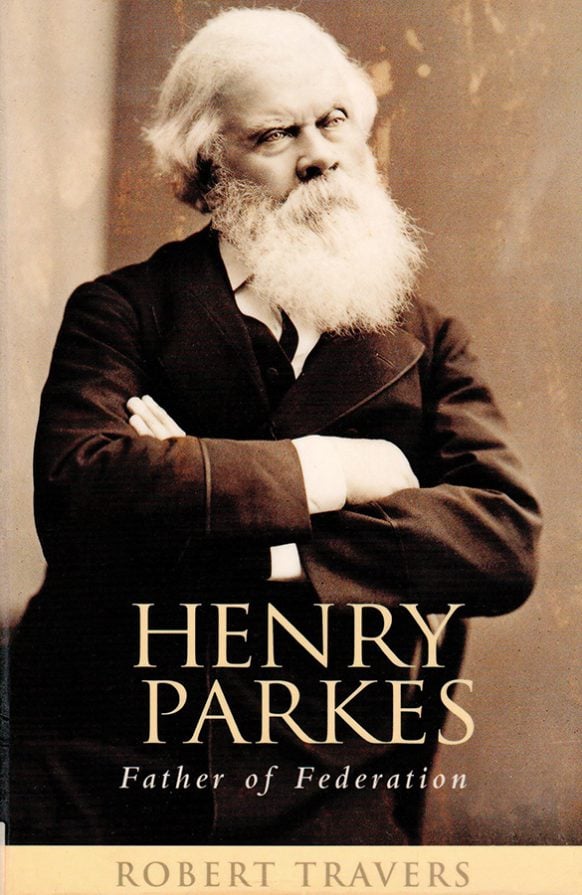