I really enjoyed Heart-Shaped Box by Joe Hill. It’s a novel about an aging rock star, Judas Coyne, who is supposedly contemporary to Ossie Osborn and who has two large dogs called Angus and Bon (hahaha).

As goes with the territory, Coyne is a collector of the magical, the strange and the macabre – and so when a ghost is offered for purchase on the internet, he buys it, along with the dead man’s suit. After the suit arrives, it become plain that there is indeed a ghost and he has a particular vendetta against Coyne. The ghost aims to drive Coyne to suicide or murder – or both.

Coyne also has a never-ending stream of replacable girlfriends/groupies whom he nicknames after their state of origin, for example, Georgia or Florida. The current incumbent, Florida, and Coyne flee with the dogs in tow, aiming firstly to get away, then finally to find out why the ghost is out to get them both before it kills them or makes them kill each other.

Hill started writing in 1997, and didn’t confirm his true identity until 2007. He is, in fact, Joseph Hillstrom King, the son of Stephen King, so the fact he wanted to succeed without using his father’s influence speaks in his favour.

This is a dark book, and if you’ll forgive the pun, haunting as well. At the same time, it’s quite humorous, with musical jokes and references thrown in along the way, like the names of the dogs and the title Heart-Shaped Box itself. This was one of those books that you truly just can’t put down. Highly recommended. 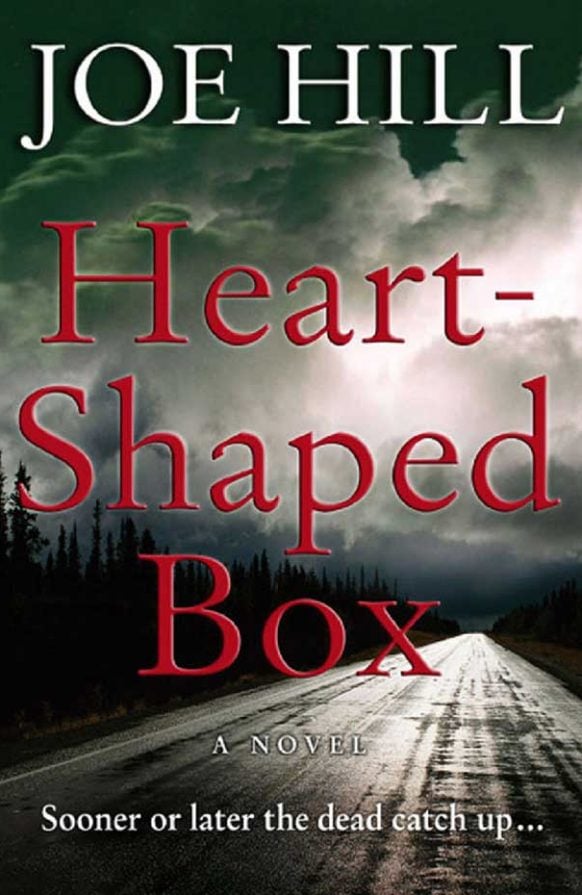