In Full Dark House by Christopher Fowler, Arthur Bryant and John May first meet as (very) young detectives in 1940 in London. They have been selected for the Met’s new unit: The Peculiar Crimes Unit, which is defined by the Home Secretary as “London’s last resort for sensitive cases” but as Bryant explains to May on their first meeting “it’s becoming a home for dubious and abnormal crimes”. London is in the midst of constant bombardment by the Germans, “If London was the centre of the world, the world was burning. It was a violent place in which to discover a purpose. It was a good place to forge a friendship.”

In modern day London, an explosion obliterates the North London Peculiar Crimes Unit, with an elderly Arthur Bryant in it. May and his fellow ageing colleagues conclude that the destruction of the unit and murder of Bryant relate to the first case that Bryant and May investigated in 1940, involving the discovery of a dancer’s body, with her feet removed.

The story alternate between this original investigation and the current. These time shifts are made easy for the reader to discern by cleverly making reference in the first paragraph either to something modern, for example a MacDonald’s cafe, or something relating to the war.

If you are at all interested in the theatre and the workings of stage productions, you will find the mystery surrounding the murders during the production fascinating. Fowler is particularly effective in creating an atmosphere of menace, and the theatre setting adds a gothic note to the mystery. The love of theatre and the people who work behind the scenes of a production is apparent: “They were the real theatre angels, happy to remain in the shadows beyond the footlights, only tangentially attached to the stage, essential to its survival.”  London during the Blitz is a character in of itself, creating a sense of foreboding and an underlying constant tension.

This is the first book in the Bryant and May series and sets the scene for future mysteries. What makes this book so appealing is the obvious affection that develops between these two very different men. “For the next five decades, the two detectives made it their habit to walk along the south bank of the Thames around sunset…They argued about criminal psychology, endlessly revising their conclusions, but sometimes, when the sky was lower and the colours were drained from the Embankment buildings, they talked of women they had loved and lost, and plans made and abandoned, of outlandish ideas and unrealised dreams; often they just walked in comfortable silence…”

I am looking forward to spending more time in the company of Arthur Bryant and John May. 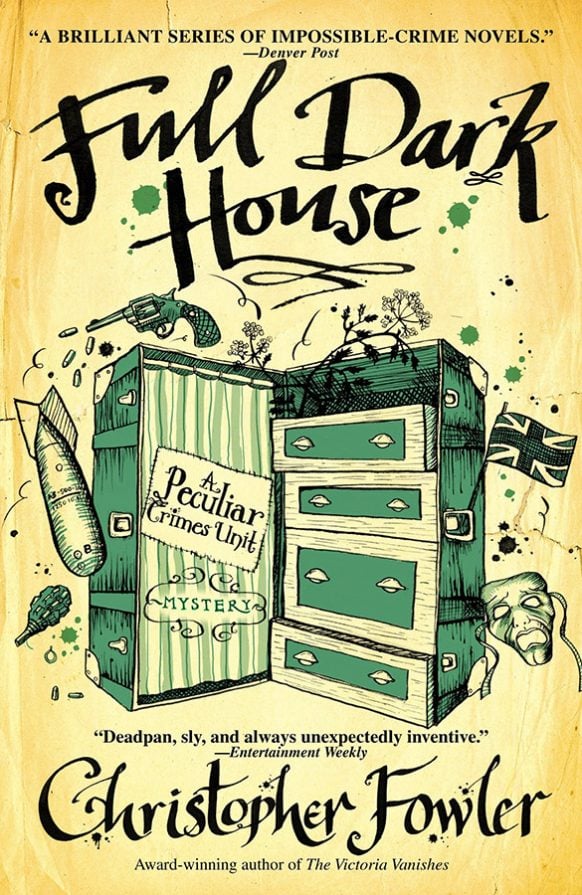