Historically this author would keep sets of characters each within their own series, often finishing their story arc (forever) after five instalments.  Happily Mr Baldacci has, of late, introduced an existing character/s from one series into another, especially if the guest character has strong skills or traits particularly suitable for the new story.

Daylight is one such happy experiment, being book three in the absorbing FBI Agent Atlee Pine mystery/crime series.  Picking up immediately from the ending of book two A Minute to Midnight, Atlee and her FBI assistant Carol are given leave to continue the hunt for Atlee’s missing sister (a very cold case).  As is often the norm with Mr Baldacci’s stories, a minor sub-plot (or two) early in the piece turns out to be a major issue later on, and needs the involvement of John Puller and his very clever brother.  This reader was delighted to continue the acquaintance of both Puller characters, having followed their stories in a separate series of four novels.  Even more welcome is a brief interlude with their father, the four star General Fightin’ John Puller, now just fighting dementia.

Daylight is a long novel at 404 pages, yet the hours speed by.  Mr Baldacci has a great knack for spinning a yarn, juggling plot lines, characters and settings, tying up loose ends satisfactorily as the novel comes to a close yet manages to leave a cliff hanger from which to launch the next instalment. 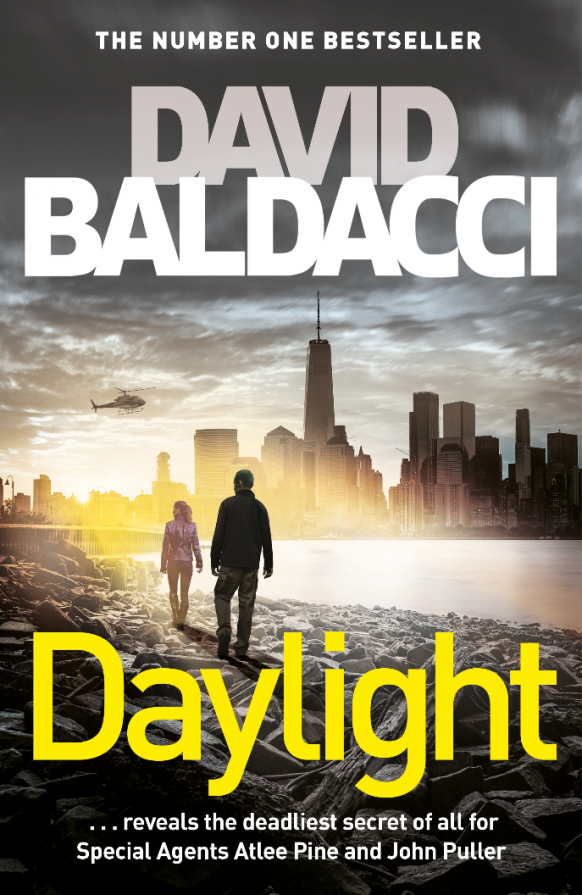