Revenge, as the saying goes, is a dish Best Served Cold — the cold steel of an axe that is, and served to an enemy’s head for both starter and main and, if the chef isn’t feeling too worn out by their many dinner guests, desert as well.

Our chef in this instance is one time General, Monza Murcatto. Adored by the masses and feared by the rest, she has lead her army to blood soaked victory after victory, growing all the while more wealthy and famous. But fame, it seems, is as fickle as a cliché and before long Murcatto finds herself on the pointy end of both betrayal and a sword; left for dead she vows revenge.

What follows are nearly 900 pages of violence, adventure, witticism and coarse language, as Murcatto hunts down those who wronged her one by one. At this stage, I’ll concede, one could be forgiven for saying “Listen buddy, just how do you expect to keep an impatient audience interested in small, single-spaced text with such a two dimensional plot device?”

The answer is that, like any long journey, the people you’re travelling with will make or break it for you, and in Best Served Cold, Abercrombie offers serves up a group of somewhat archetypal, yet hugely endearing, travelling companions.

From Morveer the insecure poisoner and his passive/aggressive apprentice, Day, to Friendly the thug (yes, his name is meant to be ironic) who loves counting and cleavers in equal shares, Abercrombie weaves together larger than life personalities, whilst also, in a rather pleasant deviation from the most fantasy writing, providing them with a surprising range of emotional depth.

This is most apparent in one Caul Shivers. Attempting to escape the violence that defined his life during Abercrombie’s The First Law series, during which played a supporting role, he finds himself out of work and destitute and soon has no choice but to accept a job from Murcatto, drawing him back into the world he longed to escape and leaving him more physically and emotionally scarred than when he began.

Nor is Shivers’ the only story to end not with a bang with a strangled sigh, one part pain and one part exhaustion. In a genre where ‘dark fantasy’ usually means ‘regular fantasy with swearing’, Best Served Cold is a welcome breath of genuinely bleak air. Betrayal and intrigue are staples to everybody’s diet, and as the bodies Murcatto leaves in her wake continue to grow like that pile of pizza boxes you just don’t want to take downstairs, characters too grow ever more morally compromised and bitter.

Fortunately though, witty conversation, observation and inner dialogue prevent the reader from being battered into depression by the weight of the narrative. Abercrombie walks the line between cynical humour and good taste with a Philippe Petit-like grace, not afraid to show his characters at their most vulnerable but not willing to pull any punches when the time comes to swing a morning star.

Best Served Cold is a story about the hollowness of vengeance and the ethical compromises those pursuing it have to make. It is a world where the ‘heroes’ are nearly indistinguishable from the ‘villains’, and good and evil are matters of opinion or how much you’re getting paid. Mostly though, it is a well polished adventure story, teeming with clever characters, witty lines and vibrant action…And swords. 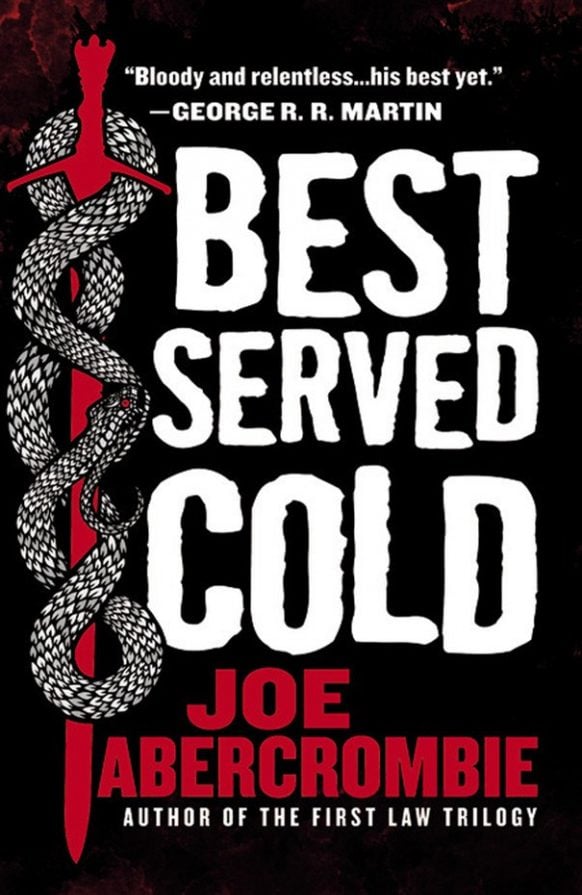