A God in Ruins by Kate Atkinson

Working in the library is like having my own set of book reviewers — each time a member comes in with a book that they have read, I get a little critique on their returned books.  Sometimes it’s a determined dislike for their recent reading, but often (thankfully!) a great deal of enjoyment from the books they have borrowed.  Often this influences what I read, as I like to know what our members enjoy.  The last one which I read was A God in Ruins by Kate Atkinson.  The member who returned this one said that she could not put it down, so that was a good enough recommendation for me!

One thing I didn’t realise until after I had finished the book that there was a book prior to this called Life After Life.  It isn’t necessary to read them in order but I think I would recommend that you do.  Both stories revolve around members of the Todd family in the first half of the 20th century.  The first novel is about Ursula Todd (the older sister) who has been given the opportunity to relive her life again and again, and having different outcomes to her life as a result of small and somewhat insignificant choices made by her.

A God in Ruins centers on the life of Teddy Todd, brother of Ursula.  Teddy’s story features as one of the versions of Ursula’s lives in the previous novel.  Whilst not intertwined, it would be interesting to see Teddy’s story from another point of view and possibly fill the story out.

The story is written with that literary style of jumping back and forward in time – one minute you are reading about Teddy walking through the fields near his home when he is a boy, next he is flying over the North Sea with no petrol in the tanks and the Germans in hot pursuit, and then he is a grandfather looking after his grandchildren.  This sounds confusing, and I confess that I sometimes get frustrated with this style of writing, but in this case, it is cleverly done.  What appears at the outset to be a straightforward story about a middle class family in the UK, grows into something a lot more complex.  As you read on, various questions arise about the characters and the author slowly leaks out information over the course of the novel which leads to uncovering some of the more interesting pieces of the story.  Most intriguing.

The characters are really interesting, the daughter particularly is hilarious in her evilness, and I enjoyed reading the parts about Teddy during the war.  I did like also the development of Teddy from boy to man, maybe how war changes your attitude to life, whether you thrive on it, or avoid any risks later on in your life.

I do highly recommend this novel, mostly because of the ending, which I cannot tell you about as that would qualify as a spoiler.  But it will not let you down, I promise.  Well worth the read, but as I say, maybe read Life After Life first?

A God in Ruins by Kate Atkinson in the SMSA Library. 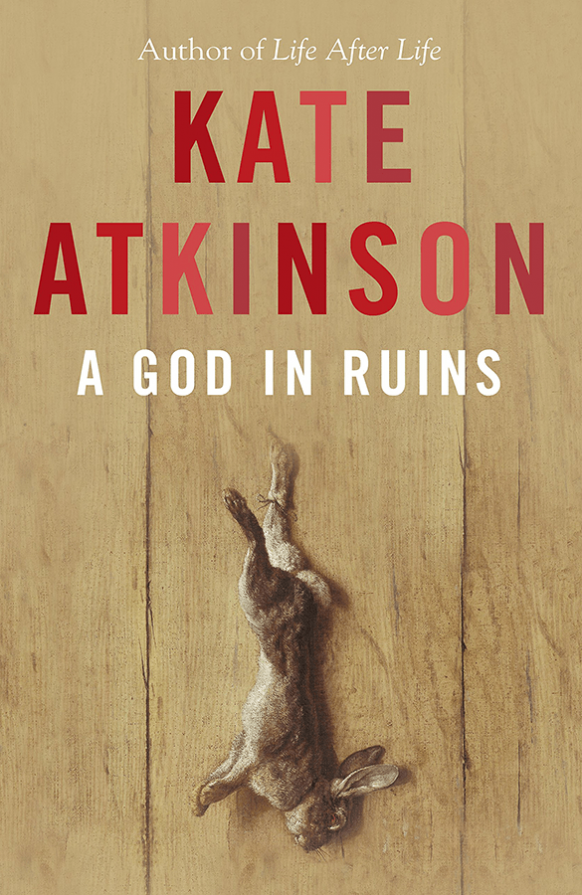