A Game of Thrones by George R. R. Martin

A Game of Thrones by George RR Martin is the first book of the A Song of Ice and Fire series. Even if you aren’t a fantasy reader, you will most likely have heard of this series because of its highly successful adaptation to television.

When I read fantasy, I prefer to read novels that play with the tropes and the stereotypes, rather than serving up the old standards of sword and sorcery, and I had previously dismissed this series as just another epic fantasy. In fact, I caved in to read Game of Thrones only because so many people kept telling me how good it was and that I would love it if I like Robert Jordan’s Wheel of Time series (which I do). .

And were they right? Yes, actually they were. This book does have knights, dragons, magic and fearsome beasts, but it also has a way of bending the standard fantasy elements into something new.

The world itself is unusual; In Westeros  the seasons are irregular, sometimes short, sometimes lasting many years. A long Summer is pleasant enough, although hot, whereas long Winters are dark and truly cold, bringing (as legend would have it) giants, direwolves, wraiths and other nasties with it. The Night Watch man the Wall, a massive but now crumbling structure built thousands of years ago to keep these creatures out, but no-one truly believes in them anymore, not even the men of the Night Watch.

The story begins as Ned Stark, the Lord of Winterfell, is asked by his friend the King Robert to return to the capital as his Hand, his second in command. Having no choice but to accept the dubious honour, Ned finds himself swimming in dangerous currents as people manouver to keep or gain power, with terrible consequences if one is a poor player in the Game of Thrones. As the Stark’s motto says ‘Winter is coming’.

Definitely worth reading. Now I just have to catch up on the TV series! 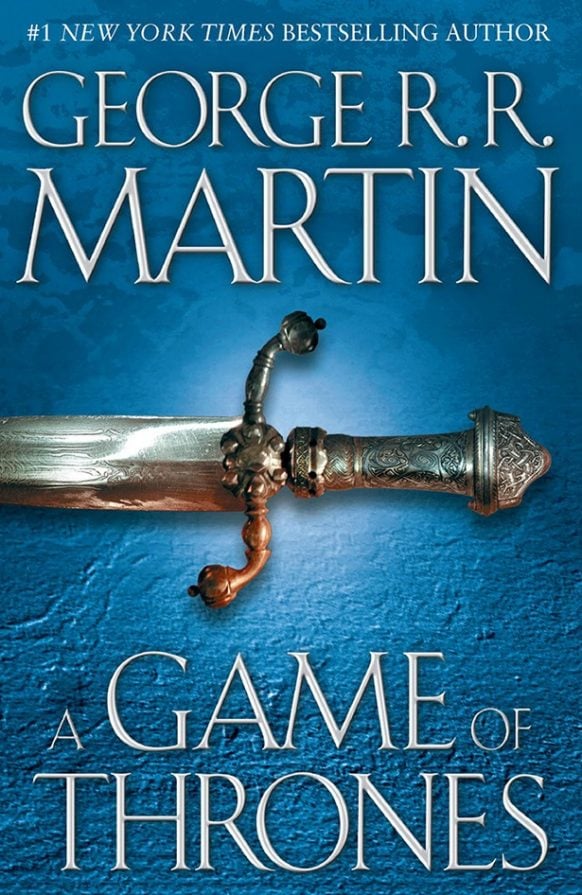