Woe to Live On by Daniel Woodrell

Author Daniel Woodrell lives in the Missouri Ozarks, and has written nine novels as well as short stories.

Woe to Live On is set in the American Civil War. It is a gripping, taut piece of writing that leaves you gasping at the hardship and cruelty of a conflict that is so often sentimentalized. Teenager Jake Roedell joins the First Kansas Irregulars in 1861, committed to the “secesh” (succession) cause.

He witnesses racism, experiences love, sees and commits atrocities.  He features the exploits of the sadistic Quantrill’s Raiders – a  Confederate militia group that rode under a black flag – dressed in Union uniforms they engaged, and then murdered people who supported that cause. Like the best historical fiction – and this is among the best – the narrative is so compelling that the reader is exposed to historical events and insights that change the way you think.

Woodrell also authored Winter’s Bone, a story about a young girl looking for her drug dealing father in the current day Ozarks, and The Death of Sweet Mister, both of which are in our collection. 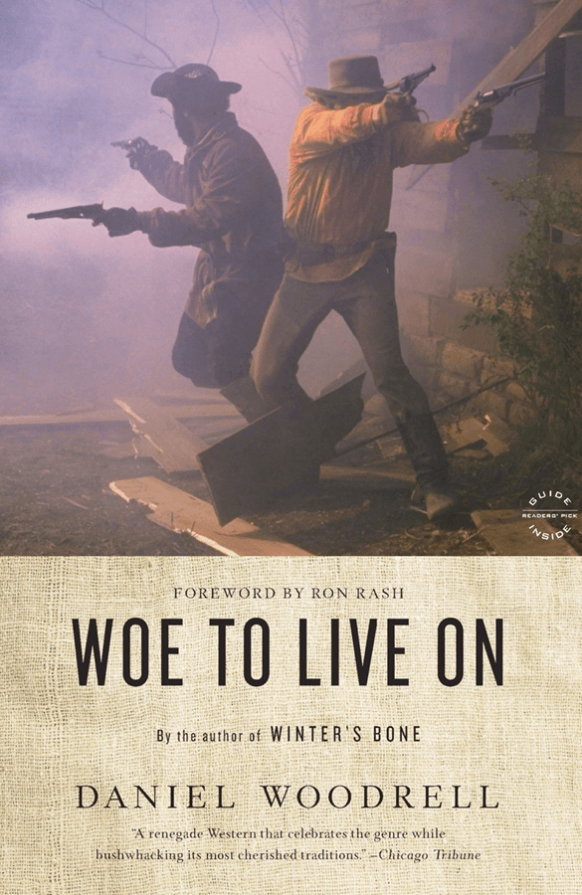