Water for Elephants by Sara Gruen

Water for Elephants, by Sara Gruen, is told from the point of Jacob Jankowski during two different time frames. We meet Jacob in his nineties, bored and feeling hopeless in a nursing home. Jacob begins reminiscing about his time as a young man during the Great Depression in the early 1930’s.

After a shocking family tradegy, young Jacob quits his veterinary training at his ivy league school and becomes a loner. Jumping a train, like the other drifters, he happens upon a second-rate circus, The Benzini Brothers, and quickly joins the crew.

After the circus owner, Uncle Al, discovers Jacob’s educated background, he is hired as the circus vet and is put in charge of the menagerie. While he is employed there he meets many interesting characters, the most important being Marlena. Marlena is a beautiful equestrian, married to the volatile head animal trainer, August.

August soon acquires Rosie, a spirited, unmanageable and unpredictable Elephant for the Benzini Brothers, and works on developing a new act for Marlena for their newest star. Jacob creates a bond with this huge animal and they soon become very fond of each other.

From there we are taken on a riveting journey of love, jealousy, betrayal and more than one characters risks loss of life.

Water for Elephants is a book you can’t put down. It is warm, funny and passionate. I highly recommend reading it.

Find Water for Elephants by Sara Gruen in the SMSA Library 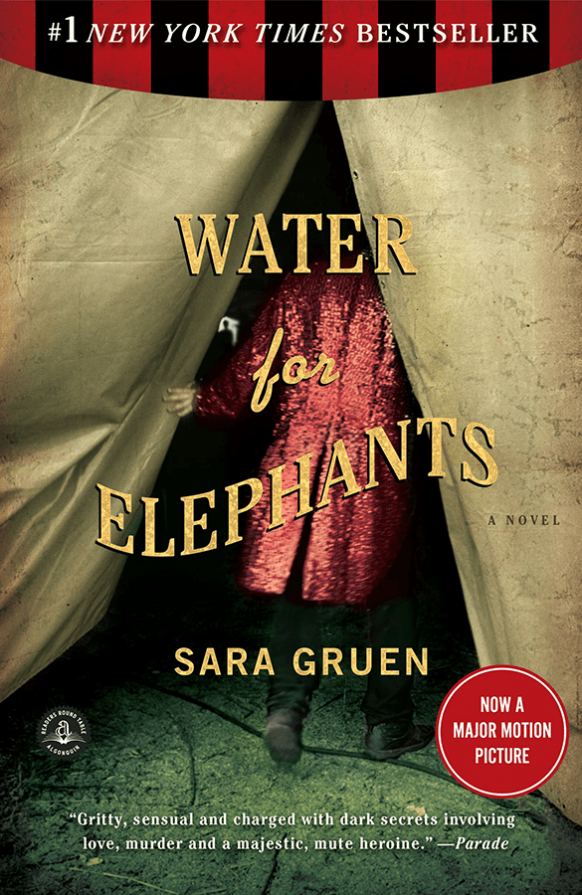