Another satisfying action adventure from these joint authors, Typhoon Fury is the twelfth book in the Oregon series. The series centers around a disguised tramp freighter and its crew carrying out jobs which the CIA can’t undertake, Juan Cabrillo and his team of mostly ex-USA armed forces personnel, who enjoy an interesting life in which they can carry out professional rescue operations anywhere on the globe, using the latest technology and aided by their CIA handler.

The eternal draw-card of Cussler novels is that the book always starts with a tale of a treasure or secret lost in bygone times. The prologue is set in that time period (in Typhoon Fury it is the second battle of Corregidor, 20 February 1945) following the US troops as they fight to reclaim a Japanese bunker holding a deadly secret formula. The first chapter returns the reader to the present day where Juan and his crew are in disguise aboard a train in Vietnam, planning to capture a memory stick containing a list of spies in country.  It is a credit to both authors that the dialogue remains humorous and slick, fast paced to keep up with the moving action, yet never leaving the reader confused.

The joy of a Cussler/Morrison novel is that, whilst written to a proven formula, the setting involves latest technology, new ideas and recent discoveries spanning history and science. For this reader, every new Cussler novel requires a fast delve into Encyclopedia Britannica online to explore a topic given coverage.

The endings are predictable: the bad guys end up losing, the good guys prevail and peace is restored to the world.  Until the next Cussler novel. 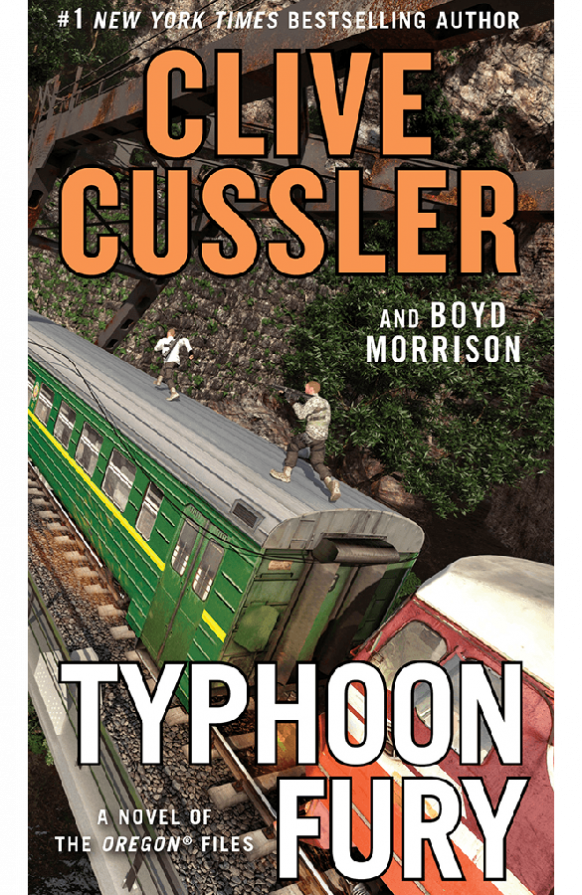