The Unmourned by Meg & Tom Keneally

The second installment in Meg and Tom Keneally’s Hugh Monsarrat crime series, The Unmourned, thankfully commences a short time after the end of the first volume, The Soldier’s Curse.  This reader has already become very fond of the main protagonist Monsarrat, and his sharp witted housekeeper Mrs Hannah Mulrooney, and looks forward to their continuing crime-solving adventures.

In Book One, Monsarrat (quietly aided and abetted by Mrs Mulrooney) has demonstrated his crime-solving skills in the young colony.  He is requested to move to Parramatta, to work as the governor’s secretary’s clerk. The time is 1825 and a murder has been committed at the Parramatta Female Factory. With a small police force who can’t devote the man hours to solving the crime and a female convict already fingered for the murder, Monsarrat is given a few days to find the murderer of the Prison’s superintendent.

The charms of this series lie in its fast-paced delivery, deep backgrounds of the main characters and vivid description of life in the penal colonies. A bonus is that the novels are set in NSW locations, easily accessible to readers who will want to learn more about Australia’s convict past and perhaps go visit the locations (some run by the National Trust).  The relationship between Monsarrat and Mrs Mulrooney and their bantering as they put their heads together to solve crimes is a thing of joy, amidst the simple life of convict Australia.

Recommended for historical crime readers, with the bonus of a genuine Australian setting.

Find The Unmourned by Meg & Tom Keneally in the SMSA Library Catalogue. 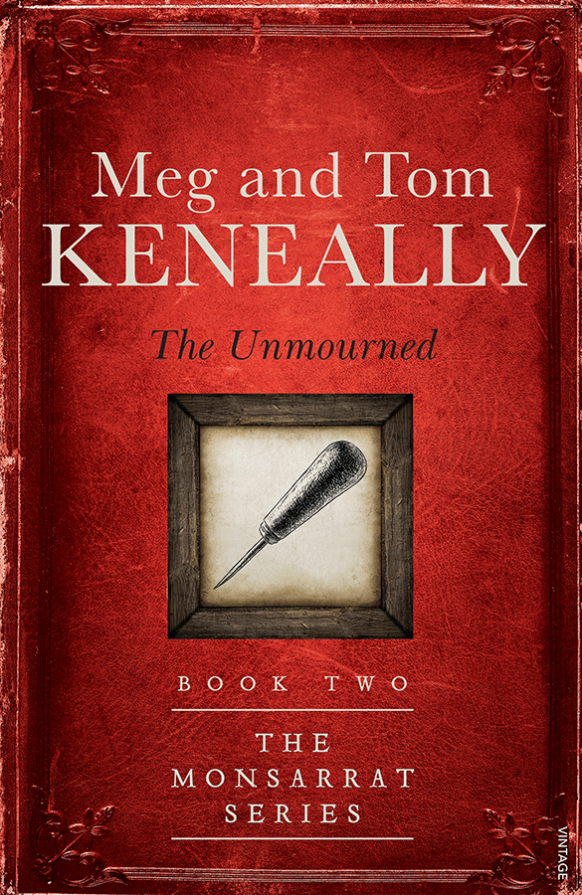