The Shadow of the Wind by Carlos Ruiz Zafon

This highly recommended book, The Shadow of the Wind by Carlos Ruiz Zafon, comes with a codicil. The reader needs to be able to sustain their concentration for the 521 page epic tale of an intense Spanish family, that falls in and out of fortune over several generations.

If the reader is charmed by fairy tales and has a vivid imagination that has not been dulled by the rigors of adult life, this book will be a satisfying read.

Set in Spain in 1945, the tale continues through 1966. The main protagonist is Daniel, a motherless child, raised and shielded by his father who runs a bookshop of rare and unusual books. As a special tenth birthday adventure, Daniel is taken to a secret location: The Cemetery of Forgotten Books. Here, one must wander through the vast collection of dusty books until a specific book calls you to adopt them. Once this obligation is accepted, the keeper of the book must ensure that the soul and purpose of that book be kept alive forever.

Once Daniel has found and adopted his book, he becomes consumed by the twisted tale within. The author of his book has disappeared. As Daniel searches for answers, he is entangled with various Spanish personalities that are as improbable and interesting as Gaudi’s sculpture. He is shadowed and menaced by a corrupt, sociopathic police chief and seduced by an older mystery woman. Daniel later discovers this woman is central to the facts of the mystery he struggles to unravel.

Bittersweet, tender and brutal, the spellbound reader is lead on through the catechisms of paths in the Cemetery of Forgotten Books. As Daniel perseveres, he finds disappointment, love and finally relinquishes his childhood to the grim realities that adult life brings us all. Yet through his maturation, his life is honed and enriched by the wild and varied characters that assist him in his quest.

Originally published in Spanish in 2001, The Shadow of the Wind was translated to English in 2004. This reviewer was sometimes surprised by the language used by the translator, not that it was profane, merely base and very earthy considering the spiritual and intellectual tone of Daniel’s quest.

The Shadow of the Wind by Carlos Ruiz Zafron in the library catalogue. 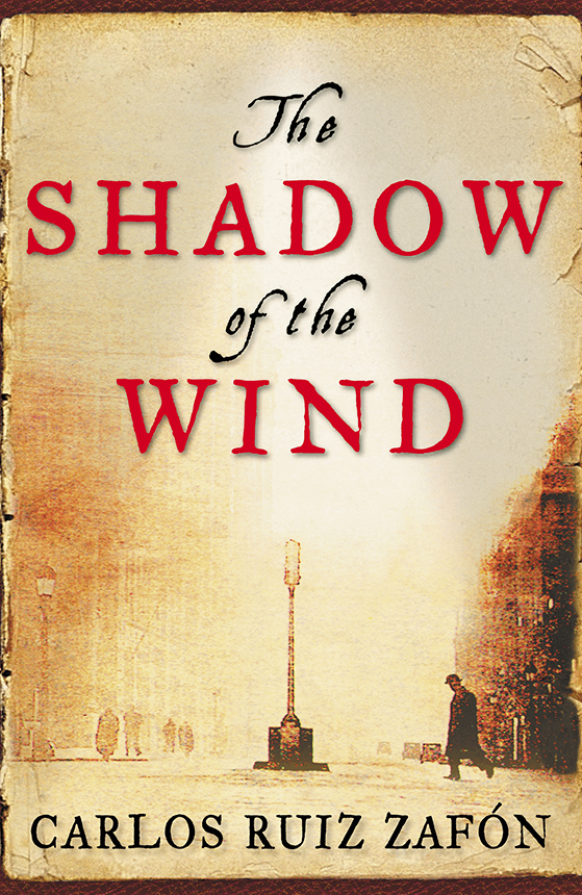