The Salt Path by Raynor Winn

I found myself totally immersed in this extraordinary memoir, The Salt Path.

Perhaps I could relate to Ray and Moth’s story easily because I’m of the same ‘vintage’. When you get to our stage of life (50+), you’re looking forward to a pretty easy ride, with plenty of home comforts. When Ray and her husband Moth lose everything: their home and their livelihood, through no fault of their own, I felt outraged on their behalf – the injustice of it all was extreme. This was a home they had raised their children in, a home that they had built together, and a home that they expected to live in for the rest of their lives.

I cannot remember the last time a book made me cry, but I was sobbing in the first chapter – and that was before Moth was diagnosed with a terminal illness. If this had happened to me, I think I would have curled up into a foetal position and given up! That is not how Ray and Moth reacted – they chose instead to walk the 630 mile South West Coast Path, from Somerset to Dorset, via Devon and Cornwall.

With only a pack each, containing the minimum of cloths and food, a tent and light sleeping bags they set off into the wild. They had virtually no money, so camped wild, usually illegally, and often went hungry. Their experiences of extreme weather and hungry were visceral. I could feel the cold at night, and the searing heat of the mid-day summer sun. They were surprised by how people shunned them if they told them they were homeless, so stopped telling the truth, and said instead they had sold their house and were ‘living the dream’, walking without a timetable.

But as they struggle to put one foot in front of the other and follow the path, something is happening to them. As one woman says to them: “You’ve felt the hand of nature. It won’t ever leave you now; you’re salted. People fight the elements, the weather, but when it’s touched you, when you let it be, you’re never the same again.” Close to the end of their walk, Ray realises “…something in me was changing season. I was no longer striving, fighting to change the unchangeable…A new season had crept into me, a softer season of acceptance.”

The Salt Path was shortlisted for the Wainwright Golden Beer Book Prize and the Costa Book Awards, and I can understand why. I feel I know Ray and Moth intimately and I will never forget their journey.

Find The Salt Path in the SMSA Library 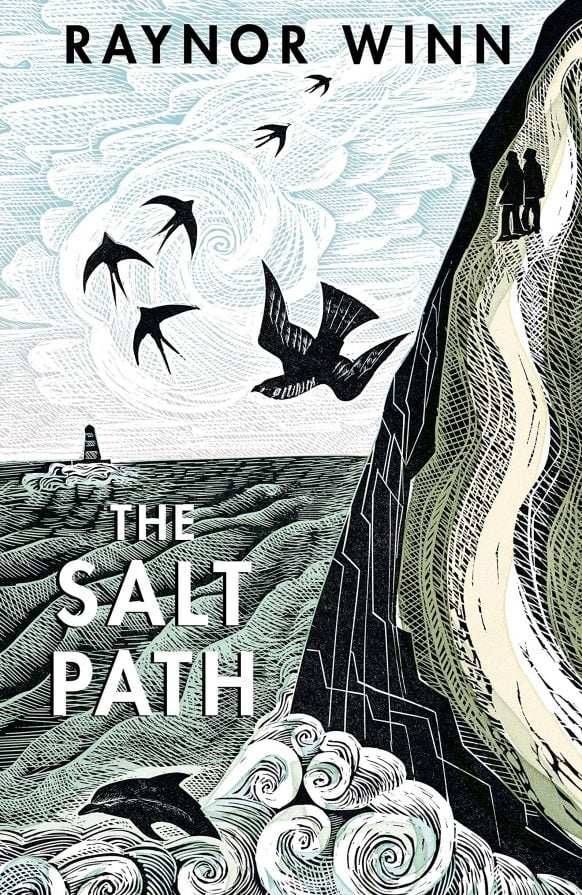