The Road to Ruin By Niki Savva

The Road to Ruin: How Tony Abbott and Peta Credlin Destroyed Their Own Government, by Niki Savva, uses forensic technique to pare down and understand the underbelly of our political system. While not a difficult read, it is intense and minute in its detail. It is obvious that Niki must have kept clinical anecdotal notes on the day to day occurrences within parliament. The books time frame starts with historical notes on the political history of the various players who are discussed, right up until the present day.

Originally I had heard that this was more or less an expose on the close relationship between Abbott and Credlin. This relationship is only explored tangentially in view of the effect it may have had on Abbott’s family, and the obvious bias it spelled around Abbot, causing him to act unprofessionally and irrationally in his role as Prime Minister.

For those of you who are avid political animals, as I am, this book is a worthwhile and fascinating read. It is set mainly in the halls of political power. Once read, you will never be able to look at politics in a dispassionate way. Actually, it is a bit frightening to think that individuals who hold that much power can behave with such lack of honesty, integrity and manners.

Find The Road to Ruin: How Tony Abbott and Peta Credlin Destroyed Their Own Government in the SMSA Library Catalogue. 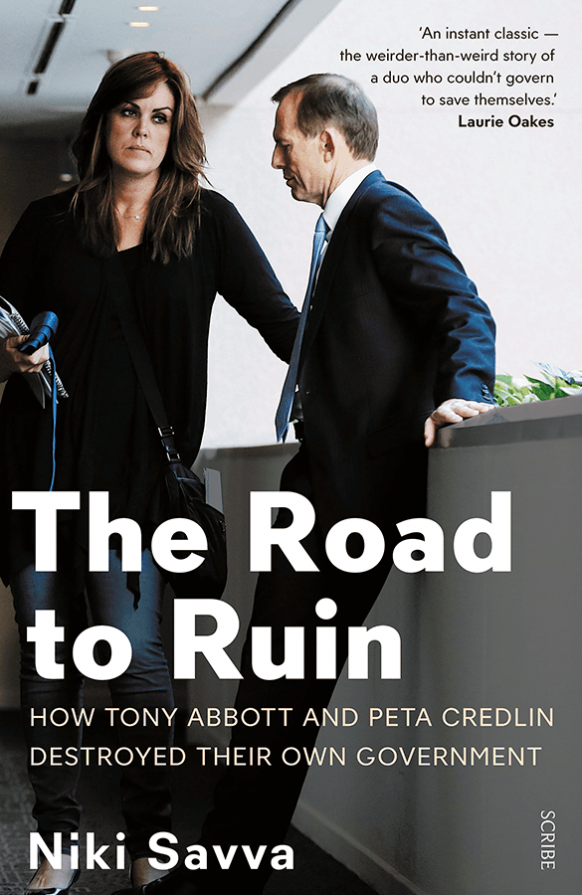