The Princess Diarist by Carrie Fisher

Carrie Fisher was best known for her role as Princess Leia Organa in the Star Wars series and for the wry and scorchingly honest writing in her novels and memoirs. When she passed away late last year, followed almost immediately by her mother, Debbie Reynolds, fans around the world were devastated.

I don’t know many people who would voluntarily reveal the angst ridden scribblings from the diaries they kept as teenagers, but that’s exactly what Carrie Fisher was brave enough to in The Princess Diarist. Released just weeks before Carrie’s death, her revealing diary is introduced with a short memoir covering the period during and leading up to the filming of Star Wars: A New Hope. The older Carrie looks back on her younger self with a scathing compassion (yes, that’s a thing).


Carrie was just 19 when she began filming what she thought would be an obscure low budget science fiction film in London. The daughter of two mega-stars, Debbie Reynolds and Eddie Fisher (a member of the Rat Pack along with fellow singers Frank Sinatra and Dean Martin), she had only previously had a small role in 1975’s Shampoo with Warren Beatty, and felt wildly out of her depth in a new city surrounded by older cast members and crew.

The big revelation of the diaries was widely covered in the media: Carrie’s secret affair with Harrison Ford. Her journal entries and poetry reveal that she was dreadfully in love with her co-star, aware that he was simply amusing himself with her, and desperate to come across as sophisticated rather than needy.

Her writing, even at 19, showed the skill with words and self-deprecating humour that would become her trademark as a memoirist, novelist and ‘fixer’ of screenplays.

The Princess Diarist gives us an intimate glimpse into this period of Carrie’s life and is a fitting last hurrah. It is well worth the read even if you are not a Star Wars fan.

Find The Princess Diarist by Carrie Fisher in the Library Catalogue.

NB: This book is in the New Books list for February 2017. 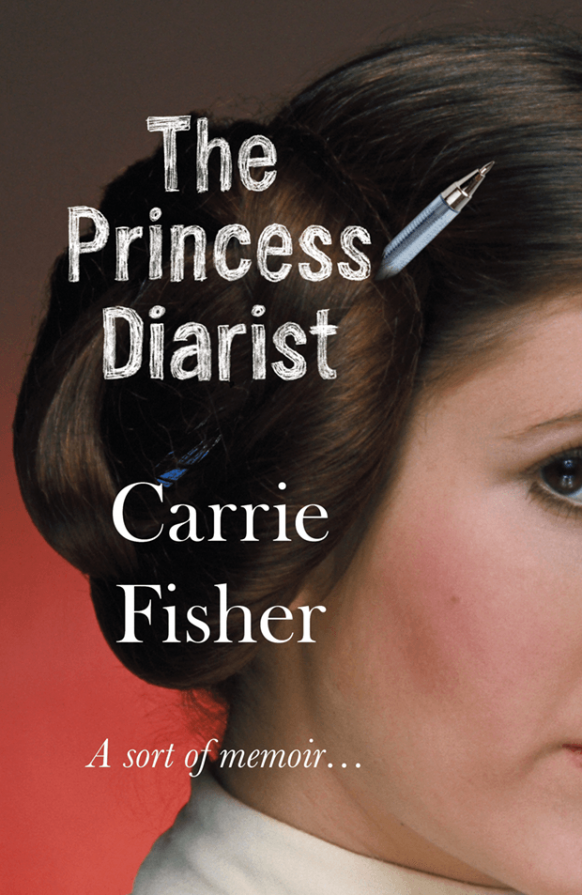