When I reviewed The Stranger Diaries last year, I commented that I hoped that Griffiths would write more books with the delightful DS Harbinder Kaur – and here it is, book two.

I really enjoyed The Stranger Diaries, however, I think The Postscript Murders is even better. Harbinder is such a likeable character; always prepared to not take herself too seriously: “Harbinder completes her last batch of filing and mentally awards herself a gold star. ‘Best Gay Sikh Detective in West Sussex’, first out of a field of, well, one.”

On the surface, nothing appears untoward when 90 year old Peggy Smith dies. However, Peggy was in the best of health, and her carer, Natalka, is suspicious. Peggy was, after all, a ‘Murder Consultant’, and she had been sure someone was watching her.

Before we know it, Natalka, together with Edwin, Peggy’s dear friend and neighbour and Benedict, the local coffee shack owner (and former monk) decide to play amateur detectives and are on a road trip to Aberdeen to attend a literary festival and interview a writer who dedicated all his books to Peggy; “For Peggy, with thanks for the murders”. Unfortunately, murder follows them.

I cannot begin to tell you how much fun this book is! It had me laughing out loud at times. There is an ongoing joke where Harbinder copes with her partner, DS Neil Winston, by imagining ‘him as a woodland creature, sly, slightly stupid but ultimately loveable’. Whenever he makes one of his inane comments, she thinks: ‘Nibble, nibble, washes whiskers’ or ‘examines nut, twitches tail’. I think I’ll use this method myself to help cope with tedious company!

This book, like the first in the series, has a literary theme and is immersed in the world of writers, publishers, and book festivals. Clues are hidden inside books, both metaphorically and physically and there are enough literary references to make any reader happy, particularly crime book readers.

The Postscript Murders could be considered a ‘cosy crime’ (although I avoid the term as it suggests a book that is not particularly well written which is certainly not the case here)- the murders are not described in gruesome detail and you can sense that our intrepid amateur detectives are not in any real danger.

Highly recommended for anyone looking for a fun, escapist (and very well written) crime novel. 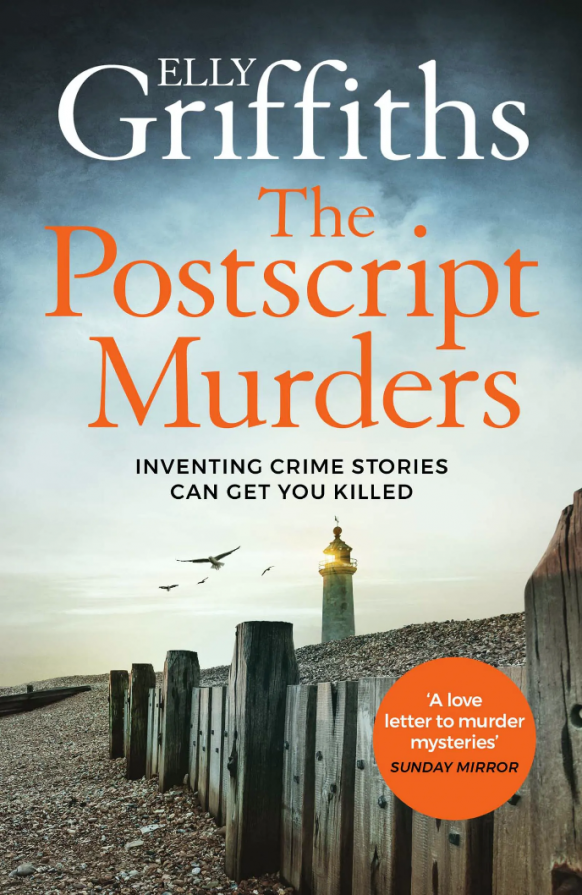