The Mapping of Love and Death by Maisie Dobbs #7

A map is a conduit for wonder, a tool for adventure. But it is also an instrument of power – and like all things, power has two faces.

In The Mapping of Love and Death by Maisie Dobbs, it’s 1914, and Michael Clifton is a young cartographer who has recently purchased a plot of land in California. As he prepares to return home to Boston, war is declared in Europe. As a son of an expat Englishman, Michael feels duty bound and sets sail to England to serve in the British army. Three years later, he is declared Missing in Action.

Fast forward to 1932, and Maisie is retained by Michael’s parents after they learn that his remains have been discovered in France, together with a bundle of love-letters from an un-named nurse. They want Maisie to find this nurse, who is a last link to their lost son. Maisie discovers that Michael’s death was not as a result of the war.

Winspear enriches her stories with characters with whom you can relate, and about whom you care.  Even the victims (who in many crime novels are merely a plot device) are imbued with nuance. As a reader, you feel connected to Michael, who feels a “sense of wonder that came with a map, for each one told a story, and he, the surveyor and cartographer, was the storyteller, the translator, the guide to places a person might never otherwise see.”

I think Winspear fell a little in love with cartography and all things to do with maps while researching this novel. As Maisie says, the cartographer “must be the storyteller and the editor, seeing the curves and movement of the land with a practiced eye, and then bringing a mathematical precision to the page.” While Maisie is researching she discovers the primary role of a map is in “wayfinding”, rather than ‘finding our way’. ‘Wayfinding’ sounds much more romantic, don’t you think?

As she continues her investigation, Maisie is also extremely concerned by her mentor Maurice’s failing health. Maurice is her strongest ally and she finds it hard to think of life without his guiding wisdom. Even in his weakened state, Maurice helps Maisie see things from a different perspective. Maisie is concerned that everything changes when you unearth the past, and Maurice replies, “That’s not necessarily a bad thing, is it? You bring old events and choices to the surface, and you change the vista – but spring will come, the soil will seed itself, that flood or drought will abate, and life goes on in that new landscape.”

A personal favourite moment in this book is when Maisie goes to The British Library for some help finding a poem. The librarian can’t help her, but instead refers Maisie to “old Mrs Hancock” who comes in almost everyday to read a book of poetry. Sure enough, Mrs Hancock is able to identify the poem and “her smile was that of one well satisfied with herself, and Maisie was glad she had made the inquiry, for the woman seemed to stand straighter, as if in being asked to share her expertise, she had received a validation of worth.”  It’s moments like this that make the Maisie Dobbs series so special.

Jacqueline Winspear has outdone herself with Maisie Dobbs’s 7th adventure. It’s a great mystery, with a satisfying conclusion. But what makes the series so outstanding is much more than just clever plotting, it’s the characters who you grow to love and care for, and who you want to continue a relationship with. 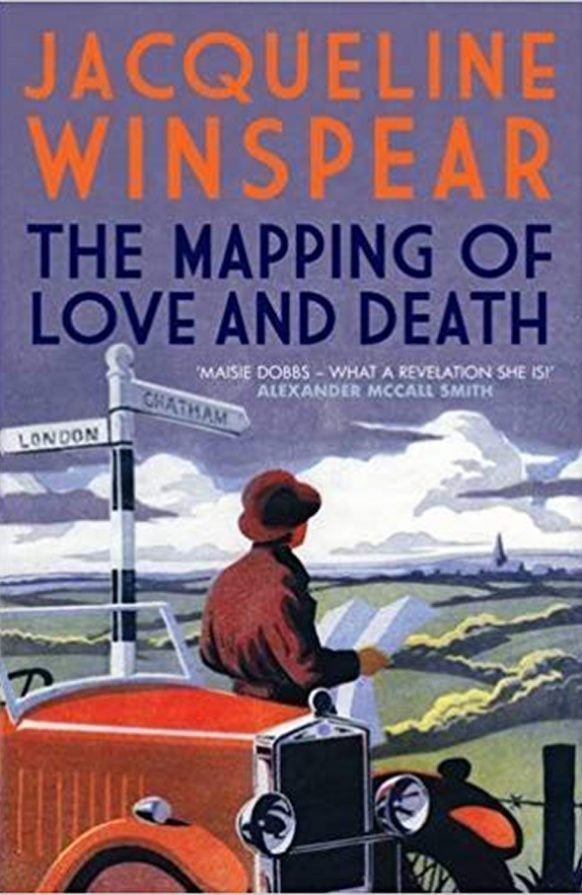