The Lost Man by Jane Harper

The Lost Man is the third novel by Jane Harper and again, she has created a stunning character driven novel that will stay with you long after you finish it.

Whereas her previous novels were crime/detective novels with the same protagonist,  The Lost Man is a stand alone story.  It is set in outback Queensland, where the landscape is a character in of itself. The pervading heat is relentless.

Harper manages to convey a sense of claustrophobia, in a landscape with a limitless sky. Despite the harshness and toil, the land engenders an almost ferocious love and commitment in the people who live on it.

The three Bright brothers all work the land, following in their father’s footsteps. When the middle brother, Cameron, is found dead beside an isolated gravesite, far from his vehicle, the family is devastated and questions start to be asked about Cameron’s state of mind, the state of his marriage and his behaviour as a young man.

This novel is a slow burn: the history of this family is slowly revealed as the story progresses, and ‘the reveal’ is truly shocking. It is an almost forensic study of a family in crisis, and how easy it is to assume you know what happens behind closed doors.

I cannot say too much as I do not want to spoil this book for any readers.

Find The Lost Man in the Library Catalogue 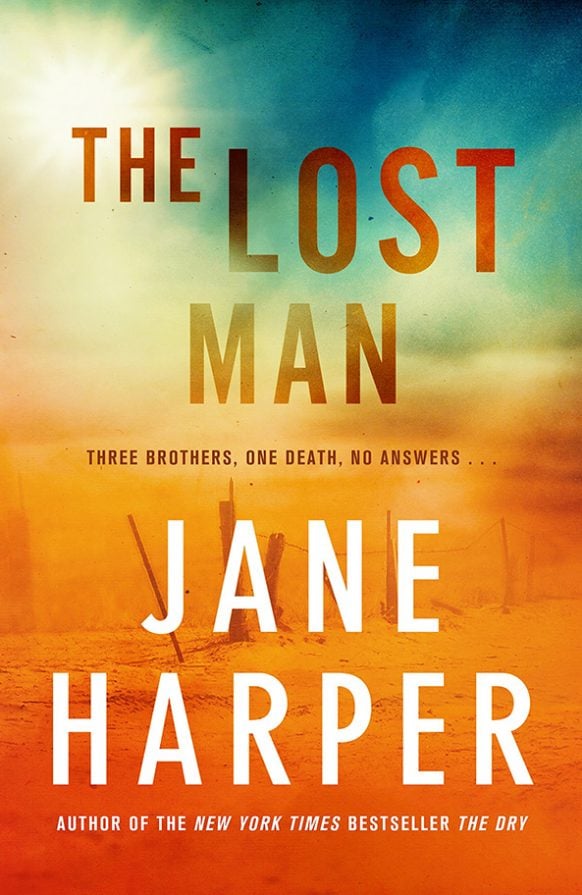